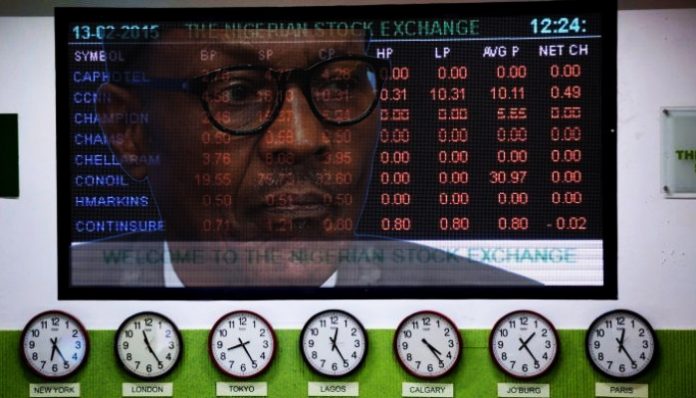 This, according to the news agency, would end a run that’s seen the stock market fall more than any other in the world in dollar terms since the 76-year-old former general came to office in May 2015.

Some foreign investors would prefer a government led by Buhari’s main challenger, businessman and ex-Vice President Atiku Abubakar, the report stated. But while Atiku has pledged to privatise state assets and float the naira, many are sceptical and point to allegations of corruption around him.

In a separate report, Reuters reported that the Nigerian stocks could see a relief rally once Saturday’s presidential election is out of the way and rise as much as 10 percent this year as investors pile back into riskier assets.

Investors have tentatively started to pick up shares to position for a post-election rally, which could help lift Nigeria’s all-share index to 35,000 points this year from around 31,000 now, analysts say.

The index fell to 29,336 points last month, its lowest since May 2017, and lost 17.8 percent last year as uncertainty around the election and rate rises in the United States triggered fund outflows from Nigeria.

But since the US Federal Reserve signalled late last month that it was in no rush to raise interest rates again, Nigerian equities appear oversold, analysts say.

Saturday’s presidential election is expected to be a tight contest between Buhari and Atiku, as the chances of more than 60 other candidates are seen as slim.

Buhari and his Vice, Prof. Yemi Osinbajo, would be hoping that their records on corruption, the economy and security can secure them a second four-year term in office, while Atiku has touted pro-business policies including floating the naira currency.

Analysts expect a win by either candidate would spur renewed fund flows into Nigerian equities, after foreign investors pulled $2.1 billion out of the Lagos stock market last year.

“On stock exchange performance under either candidate, we expect to see significant inflows post-elections. There’s the view that Atiku is a bit more pro-business so we could see a relief rally,” analysts at Stanbic said.

Nigerian stocks rose 0.8 percent yesterday to 31,782 points, extending gains for a seventh day and are trading at a near two-month high. The naira has also gained slightly in recent days with foreigners buying treasuries.

Analysts at Vetiva Capital said stocks have seen a bit of buying before elections but market volumes were low.

Managing Director of pension fund manager, CrusaderSterling Pension, Adeniyi Falade, which manages N250 billion in assets, said banking stocks such as Zenith Bank and Guaranty Trust Bank look attractive once the election result, expected on Monday at the earliest, is known. They are trading at an earnings multiple of 4.5 times compared with African peers of seven times.
Nigeria
Is There a Place for Nuclear Power in Nigeria?

Read the original article on This Day.