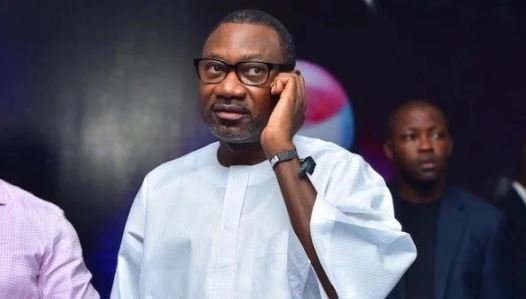 They said this in separate interviews with the News Agency of Nigeria (NAN) in Lagos.

The stakeholders and operators were reacting to Otedola’s plan to buyout the company’s upstream services and power distribution firm to be ratified by the shareholders on Feb. 7.

NAN reports that Mr Akinleye Olagbende, the firm’s company secretary, disclosed the plan in a letter to the Nigerian Stock Exchange (NSE) on Wednesday.

Olagbende said the move followed shareholders’ approval on May 23, 2018 for the divestment of Forte Oil from its Ghana unit, AP Oil and Gas and Amperion Power Distribution Company, which held the group’s interest in Geregu Power Plc.

He said the company’s efforts to dispose the assets were hit by low interest in the bidding process as well as low price expectations.

Mr Moses Igbrude, Publicity Secretary, Independent Shareholders Association of Nigeria (ISAN) said the management’s decision was due to its inability to find buyers for the assets.

“My appeal to the new investors is that any money realised should be used for the company’s operations only and not to be diverted for another use.

“This temptation may arise, especially when those coming in borrowed money to pay for those shares.

“I am also appealing to my fellow shareholders to emphasise this issue and extract commitment from these new investors at the coming AGM before giving approval to this resolution,’’ Igbrude said.

He said the company’s shareholders would be better off with proper management of assets proceeds aimed at turnaround of its fortunes.

“I am in support of the resolution as far as it is going to be done in a transparent manner,’’ Igbrude said.

Malam Shehu Mikail, National President, Constance Shareholders Association of Nigeria, described the development as a strategic plan of a businessman to use the opportunity to drive an interest.

Mikail said the shareholders in spite of giving an approval for the divestment at the last Annual General Meeting (AGM), would like to know the gains accruable to them from the divestment.

He said shareholders would like to know what the company’s business structure would be like after the divestment of upstream and power assets.

However, Mr Gbadebo Olatokunbo, shareholder activist, called on shareholders not to support the resolution come Feb.7.

“We say no to such move because it is a stab on the back of shareholders and a day light robbery.

“But if Otedola, other board members or allies try to force the motion through their majority holdings, then the regulatory agencies must stop them.

“Why must the company divest in order to sell to the chairman. If the upstream/power sectors are not profitable, why is the board that proposed the sale now selling same to the chairman,’’ Olatokunbo asked.

Mr Ambrose Omordion, the Chief Operating Officer, InvestData Ltd., wondered why Otedola moved to buyout the upstream and power assets after divesting from the company.

“A major shareholder divests for two reasons; for better opportunity elsewhere or something is wrong with the company he is divesting from,’’ Omordion said.

He said that the chairman’s decision to divest his holdings in the company in 2018 and coming back to acquire the upstream and power assets seemed doubtful.

Omordion urged shareholders to be very careful before ratifying the resolution at the forthcoming meeting.

Otedola had indicated his intention to sell-off his 75 per cent direct and indirect holdings in Forte Oil downstream business.

He had reached an agreement with Prudent Energy team, investing through Ignite Investments and Commodities Limited to divest his 75 per cent direct and indirect shareholding in the company’s downstream business.

It is not clear if the move by the billionaire was part of his original plan to divest from the downstream business of the company to enable him take over the lucrative upstream and power assets of the firm. (NAN)