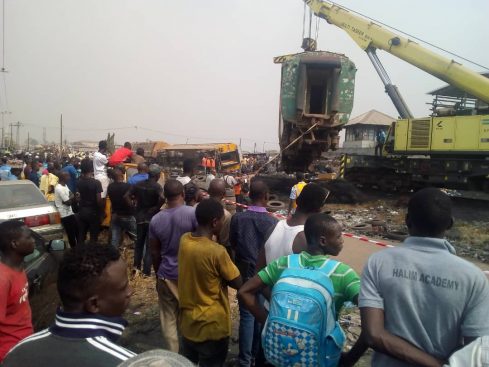 One person has been confirmed dead while several people were feared injured this morning when two train coaches reportedly derailed along Mangoro-Agege axis in Lagos.

The incident happened at about 7:15 am when a train moving enroute Ebute-Metta via Oshodi from Iju with full capacity passengers derailed from its tracks.

Further investigation revealed that the train derailed as a result of faulty tracks at the level crossing.

It was learnt that the faulty tracks were to be repaired tonight following concern raised by the officials of the state Transport Management Authority (LASTMA).

Eyewitnesses say those wounded have been rushed to nearby hospitals for medical first aid.