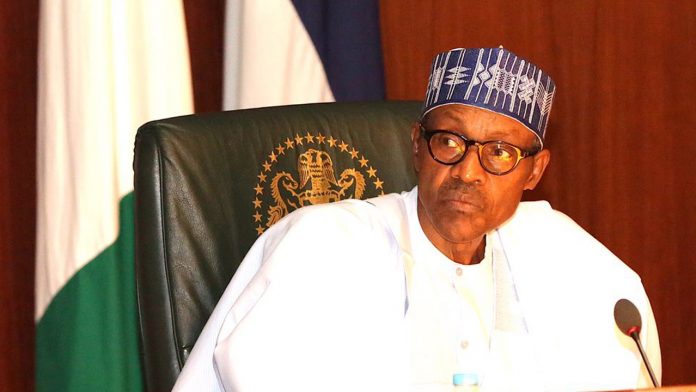 President Muhammadu Buhari has appealed to organised labour to allow his administration concentrate on fixing infrastructure in the country.
The President, in this regard, urged the various labour unions not to distract his government from focusing on the agenda of providing quality infrastructure across various sectors of the economy.

Speaking at the Presidential Villa while playing host to the Executive Committee of the National Association of Nigerian Students (NANS), yesterday, President Buhari said: “In three and a half years, we have improved tremendously on what we met.

Buhari also stated that Nigeria was doing very well in agriculture, as the country was about to attain food sufficiency and security.

While calling on the students to continue to plead with the Academic Staff Union of Universities (ASUU), the President assured that he would speak with the lecturers’ body “so that they don’t encroach on your efforts to qualify in time.”
The President said that he had explained in details while presenting the 2019 budget estimates, the earnings and expenditure and, therefore, expected the elite to understand the position of the government on certain issues, adding that it is the responsibility of the government to look after the employed as well as the unemployed.

The President urged the youth to start preparing themselves to lead the country, and admonished them: “There is a tendency for you to think that you can do better than anybody, but it is very good for you to know the facts that leadership entails.”

He assured labour leaders that, having been in positions of leadership at various stages in life, and with the experience, he means well for Nigerians and indeed, workers, and should be allowed to fix infrastructure so that more Nigerians could be taken out of the poverty cycle.
“I am totally loyal to this country. Whatever I do is in the interest of the ordinary people, especially those who do not have the benefit of being educated like you, and are just trusting whoever is leading them,” he said.

Buhari expressed gratitude to the students for appreciating some of the things his administration has been able to put in place and called on them to mobilise support for government, as it strives to make Nigeria a better place.

Earlier in their remarks, the students, led by the president, Comrade Danielson Bamidele Akpan, had expressed appreciation of the efforts of the administration, especially in the transformation of the transportation sector as well as the decimation of terrorists in the North-East.
They, however, requested the government to intervene in the incessant strikes in the education sector; involve more youths in governance; and look into the plight of students in different institutions who have been expelled for ‘political’ reasons.