By Our Taraba correspondent

Sad by the high rate of malnutrition in the northeastern parts of Nigeria, the United Nations Children’s Fund (UNICEF) has suggested that adequate attention should be given to the nutrition of women especially pregnant women to reduce severe and acute malnutrition .

Journalists as also advocated by them, should as well come together in leadership to take actions on malnutrition for a better growth and well-nourished Nigeria in the future.

One of the Unicef consultant, Olumide Osanyinpeju who made this known on Wednesday at the ongoing two day media dialogue with Journalists and interface with On Air Personalities (OAPs) on child malnutrition in the northeast ihich is ongoing in Yola, Adamawa state, felt sad that the issue of malnutrition in the zone and in the country is being treated with kid glove

Urging journalists to do the needful in order to reduce death rates especially among children he said “Let us share the vision to see that every citizen has food that is nutrition secured by mobilizing people at grass root level to know their rights with regards to food by involving policy makers.”

Osanyipeju who also urged the media to Work with the government and see how to tackle the issue of stunting, wasting and obesity to its minimal level, said “we have to define the strategic objectives of improving food security at the national, community and household levels.”

According to him “You are encouraged to raise awareness and understanding of the problem of malnutrition in Nigeria and resource allocation for food and nutrition security at all levels.

It is necessary that awareness be created amongst Nigerian populace especially for mothers; both lactating and non-lactating mothers to give within the first six months of birth the breast milk which is enough for the infant, as nutrition is the key to national development.”

Believing that “Malnutrition is a large burden to a country,” tackling malnutrition as stated by him “entails empowering and educating people” adding that “Improved nutrition is the key to improved national and human development and this can be done by educating the populace and creating a positive approach towards nutrition. ”

Stressing that addressing nutrition is one of the ways through which sustainable development goals can be achieved, massive investment in nutrition, as opined by him “will help reduce the negative trend of malnutrition which has been ensured by the creation of this dialogue.”

Urging journalists to tread extra legitimate miles to assist n addressing malnutrition in the region, he said ” It is imperative to combat Malnutrition, because it can cause death in young children, particularly those under five years of age. There should be concerted effort to fight malnutrition out in totality to ensure the attainment of desired results.

The workshop which was organized by the UNICEF in collaboration with the Federal Ministry of Information and Culture, heralded the presence of media practitioners from the nooks and crannies of the country. 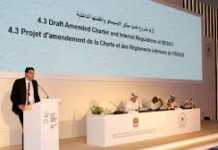 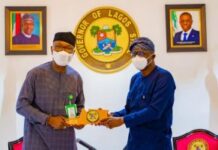 NEPZA urges zone operator, enterprise, to stop attacks on each other 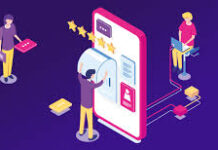 Nigeria’s Kola Aluko’s One57 Penthouse Sold for $36 million in New...