Paul Pogba has patched up his differences with Manchester United boss Jose Mourinho, according to his agent Mino Raiola.

Pogba’s relationship with his manager has been questioned since the beginning of the year, with Mourinho taking the vice-captaincy off the player. The pair were also filmed having a tense exchange on the training pitch in September.

But earlier this week, ahead of Pogba’s return to Juventus with United in the Champions League, the player said his relationship with his manager is one of “happiness,” and now Raiola has backed that up.

“He has patched up his rapport with Jose Mourinho and is calmer now,” Raiola told RAI Sport. “He feels important to Manchester United, even if Turin remains in his heart.” 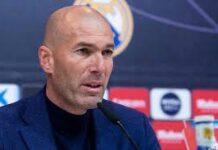 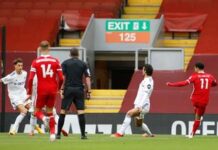 Portuguese team walk back from stadium after Cup defeat