The 24-hour curfew on Kaduna has been relaxed.

The state government said people are free to go about their normal business between 6:00am to 5:00pm from Thursday, October 25, 2018.

A statement from the Kaduna Government House signed by the media aide to the governor, Samuel Aruwan, said while residents of Kaduna are free to pursue their legitimate business from 6am to 5pm, a dusk to dawn curfew will be enforced from 5pm to 6am daily, until further notice.

He said the Kaduna State Government took the decision to review the curfew hours following a meeting on Wednesday of a select committee of the State Security Council.

“The heads of the security agencies reported significant progress in restoring calm and commended residents for the peaceful manner in which they conducted themselves during the four-hour relaxation of the curfew in parts of Kaduna yesterday.

“The Government is grateful to our citizens for their cooperation while withstanding the unintended inconvenience,” he stated.

He said government expects normal banking and other services to resume, and markets to open as normal as from tomorrow.

“The security agencies will remain vigilant and continue to protect residents. Intensive surveillance of known pockets of potential trouble is also continuing, by troops on the ground and by helicopter patrols.

“It is obligatory on residents to scrupulously observe the night-time curfew hours, to keep the peace and to cooperate with the security agencies to keep our state safe. Community leaders are enjoined to ensure that hoodlums and other potential threats to peace are promptly reported to the security agencies,” he added.

The government urged residents to report any suspicious activity to the security agencies and to refrain from spreading rumours and unverified information saying there will be no hesitation to re-impose a 24-hour curfew in the event of any breach of the peace. 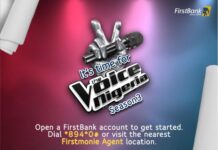 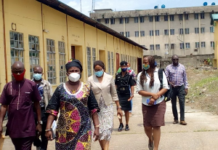 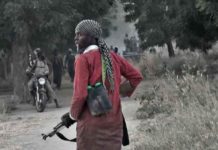