An Architect, Abiodun Dabiri has been elected the Lagos State Gubernatorial Candidate of the Abundant Nigeria Renewal Party, ANRP, for the 2019 General Elections through a direct Primaries election.

Dabiri won the election with 70 delegates over and an Engineer, Shanu Musiliu who polled 34 delegates.

The Governorship candidates promised to ensure basic infrastructures that would make lives easier for Lagosian, if voted the next Governor of the State. He added that Urbanisation would also be encouraged with complementary policies.

Dabiri also stated that, if voted Governor, he would review the present taxing system in the state, and also build a more reliable human capital development culture.

Meanwhile, Shanu who was not too satisfied with the outcome of the Election insisted that the Party really mean well for Nigerians.

The National Secretary of ANRP, Ebere Perez noted that regardless of the pressure mounted on the Party, it would continue to be a movement to bring a form of renewal Nigerians want.

Perez called on the members of ANRP to ensure they are ready for the big tasks ahead them, come 2019, If they really want to “take over Nigeria”.

Chairman of the Electoral Committee, Patrick Okonkwo, while presenting Certificates of Return to the candidates, implored the candidates and members to ensure ANRP has a successful outing comes the 2019 General Elections.

The Primary election was witness by delegation of the Party from the National Level; and also representatives of the Independence National Electoral Commission. 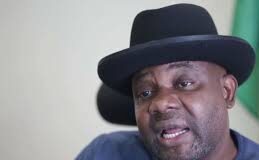