He also demanded explanation from the INEC on 205 suspended personnel of the commission for allegedly receiving part of the N23billion allegedly disbursed by the former Minister of Petroleum Resources, Diezani Alinson-Madueke, ahead of 2015 general elections which was recently exposed by a national Commisioner of the commission in charge of information and voters education committee, Malam Mohammed Haruna.

Agoro who spoke at a press conference in Ibadan on Monday said he was ready to fight the battle of the corruption in Nigeria to a logical conclusion, adding that Nigerians must not keep quiet on the allegations leveled against the leaders.

He noted that he resolved to take a legal step against INEC because it is the only umpire in charge of the electoral process in Nigeria.

He disagreed with President Muhammadu Buhari’s fight against corruption, saying he was also part of the corrupt leaders.

“Buhari didn’t tell us how much he spent when he went to England on medical trip and how he paid for it. The finance Minister, Kemi Adeosun was alleged of fake NYSC exception letter and Buhari did not talk. How can such a person tell us that he is incorruptible? Nigeria cannot get better if we all fold our arms,” he said. 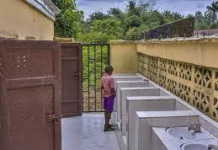 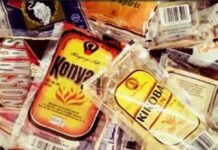 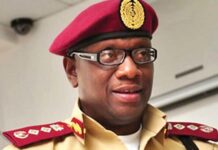