Three persons on Saturday were confirmed dead in an auto crash involving a commercial vehicle (Sharon) and a tractor, along Gumel Hadejia road in Jigawa.

SP Abdu Jinjiri, the Police Spokesman in the state, who confirmed the incident, told the News Agency of Nigeria (NAN) in Dutse that four other persons sustained various degrees of injuries.

Jinjiri said the incident occurred at about 3 a.m., after the commercial vehicle hit the rear of tractor that was moving without rear lights.

“Today, at about 8 a.m., a report was received by the Police in Kaugama Local Government Area that at about 3 a.m., there was a fatal accident at Arbus Village along Gumel-Hadejia road.

“The accident occurred when Sharon vehicle driver with number plate AE 754 HJA coming from Kano to Hadejia hit an unregistered tractor without rear light moving toward the same direction.

“As a result of that, the following people died: Abdul Isah of Gareri village in Kaugama LGA, Ali Umar and Dawa Ya’u of Malammadori LGA.

He added that the victims were rushed to General Hospital Hadejia by the Police for medical attention, while remains of the deceased have been released to their families for burial after medical examination. (NAN) 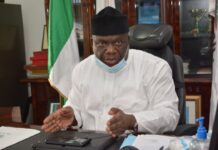 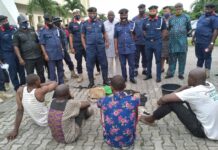