Bitcoin fell 3 percent on Thursday afternoon, along with prices of other cryptocurrencies.

Bitcoin bull Tom Lee, the only Wall Street analyst with a price target on it, said he sees bitcoin’s price at $20,000 by the end of
the year, though that is $5,000 below his earlier forecast.

Square took back its FDIC application for an industrial loan license to amend and strengthen it, according to a report in American Banker.

itcoin fell 3 percent Thursday afternoon along with other cryptocurrencies.

There hasn’t been any one catalyst to trigger a sudden sell-off in bitcoin, though digital currency-trading security breaches and regulatory scrutiny have weighed on cryptocurrencies after bitcoin’s price ran up more than 1,000 percent last year.

Bitcoin bull Tom Lee, the only major Wall Street analyst to have a price target for the cryptocurrency, said he sees its price at $20,000 by year end, though that is $5,000 below his earlier prediction.

The popular payments app Square has pulled its application for a license to be an industrial loan company for the time being. It filed that application last year with the Federal Deposit Insurance Corp. A license would allow it to perform some of the same services as banks, such as taking in deposits. In May, Square CEO Jack Dorsey said customers were using the Cash app like a bank account, and Square had plans to seize on that trend.

The news about the FDIC application was first reported by American Banker, around the time the slide in bitcoin began Thursday afternoon.

Square said in a statement to CNBC that its application with the Utah Department of Financial Institutions was still active and that it would refile the FDIC application after amending and strengthening it.

“Square Capital is uniquely positioned to build a bridge between the financial system and the underserved, and we continue to work closely with the FDIC and Utah DFI on our applications,” the statement said. 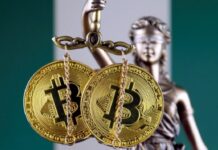 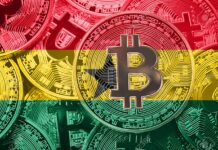 Feasible Ways to Make Money with Bitcoin in 2020

Why Bitcoin is legal in Nigeria