Following the order of Federal Ministry of Youth and Sports Development, Chris Giwa has assumed duty as president of the Nigeria Football Federation (NFF).

Minister of Youth and Sports, Solomon Dalung had earlier today ordered the Nigeria Football Federation to comply with a Supreme Court judgment that overturned the election of NFF president Amaju Pinnick.

The court also recognised Chris Giwa as head of the NFF.

Dalung said the directive followed a written notification by the Attorney-General of the Federation and Minister of Justice requesting the Federal Ministry of Youth and Sports to ensure compliance.

While addressing journalists at the glass house in Abuja, Giwa said his assumption of office was in line with the ruling of the court on June 5, 2018.

He said the court had annulled the parallel election held in Warri by Pinnick and that it upheld him as the chairman.

“I am here to claim my mandate as the substantive chairman elected on August 26, 2014,” he said.

“We waited for the other board to finish the preparations for world cup so that we can assume office.”

He promised to embark on reconciliation of all aggrieved members for the success of the federation.

He explained that Nigeria’s sovereignty could not be threatened by any foreign interest, saying NFF operated in tandem with the country’s constitution.

“We are grateful to God for making it possible for us to reclaim our mandate and we shall give Nigerians good results,” he said.

Pinnick and Giwa had on September 19, 2014, filed their suit before the Federal High Court in Jos, praying for among others, that they along with others allegedly elected on August 26, 2014, be declared to be the legitimate executive board members of the NFF.

On September 19, 2014, the Federal High Court granted an ex parte order restraining the NFF from conducting its General Assembly.

But the federation went ahead to conduct the General Assembly in Warri, Delta State, which led to Pinnick’s emergence as NFF president on September 20, 2014.

Three days later, the Federal High Court nullified the General Assembly and the elections for being held in defiance of a pending suit and the court’s restraining orders. 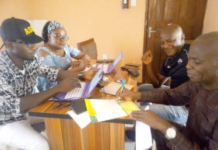 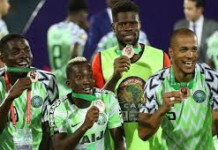 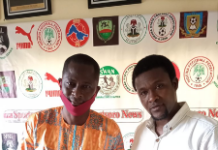