If the government wants to support cattle ranching as it is supporting crop agriculture, then it should direct the herders to the banks including the development banks like the Bank of Agriculture and Bank of Industry. They should design a program for cattle ranchers like the CBN anchor program.

It is certain that the federal government wants to do something to prevent or minimize the clashes between the normal & traditional Fulani cattle herders and farmers. These clashes have been of old and seemed to be inevitable given the traditional way cattle is raised and transported in our country. I believe that was why they created and gazetted grazing routes in those days. Because these grazing routes have either been abandoned or taken over by latter day developments including state creations and demographic changes, the clashes seem to have increased in recent times.

But the clashes remained under control until in the last three years or so, when it seemed to have gone out of control. In my view this has happened because a new group of entrants with weird motives came into the mix-the militant Fulani cattle herdsmen. From the method of operations of this group, it looked like their objectives were or are to steal, kill and destroy farming communities in the predominantly Christian middle belt of Nigeria and to occupy their lands, perhaps with intention to extend to the Southern parts of Nigeria.

The influence of these murderers and land grabbers have extended to Benue, Nassarawa, Taraba, Adamawa, Plateau, Kogi, Kaduna, Oyo, Ogun, Enugu, Abia, Ebonyi, Delta and Edo States. Matters got so bad that people are killed almost everyday in the last three years and it seemed that our security forces, especially the police are overwhelmed. Our president, who ought to know better than all of us, confirmed repeatedly that many of these militants came from Muamar Ghadaffi’s Libya. This seemed to support Governor Nasir El Rufai’s story that he once had to ‘bribe’ a group of these militants from across the borders to leave Southern Kaduna alone, at least for a season.

Therefore the federal government’s earlier desire to establish grazing reserves; later cattle colonies and now cattle ranches must be directed at minimizing the traditional herdsmen –farmers’ clashes. But will that stop the militants? How will it stop the renegades from Libya and sundry marauders who seem to be exploiting our apparently weak border control to maim and plunder Nigerians with ease? We shall see.

Our current worry is that government seems to be trying to do a supposedly good thing in ways that may be regarded as wrong. We recently read that the federal government has budgeted N179 billion to build clusters of cattle ranches (94 in all) in some states- Adamawa, Benue, Edo, Ebonyi, Kaduna, Nasarawa, Oyo, Plateau, Taraba and Zamfara.

Most Nigerians are agreed that the setting up of ranches where pastoralists can raise their cattle instead of open grazing will achieve so much for those genuinely in the cattle rearing business. First is that it will lead to producing healthier cows that will produce more milk and better beef than the current ‘waka-about’ method which generations of herdsmen have used.

Secondly, it will create  other jobs in the chain- grass growers, veterinary technicians, milk & meat processing plants, veterinary agric extension workers; and transporters who will move the cattle and the processed milk & beef to the markets- North or South, East or West. Thirdly and perhaps of greatest strategic importance is that it will stop or at least drastically minimize open grazing that often result in cows freely entering into farms and eating up crops and eliciting conflict between the herders and the farm owners.

But it must however be realized that cattle herding or rearing is essentially a private business like farming cassava, yam or millet; trading in textiles, cola nuts or motor-spare parts. Yes it is a traditional forte of the Fulani ethnic group, just as trading in spare parts has become the forte of the Igbo; farming of cocoa and kola nuts the forte of the Yoruba and fishing and fish selling a major occupation of the Ijaw etc. Every ethnic group in Nigeria has its main traditional occupation.

Therefore it will be wrong to single out one ethnic group’s occupation or trade and directly budget national resources for its development like building ranches or colonies and choosing where to locate them. If we allow this to go, then the next president may follow suit and this will be creating more tension and division instead of uniting us.

If the government wants to support cattle ranching as it is supporting crop agriculture, then it should direct the herders to the banks including the development banks like the Bank of Agriculture and Bank of Industry. They should design a program for cattle ranchers like the CBN anchor program. That is the way to support private business, otherwise getting government to directly build ranches for herdsmen will be like using public funds for private gain and that will spell corruption in my eyes.

Indeed cattle ranching can just be a business of its own that should attract investors even if they have to incentivized. They would write business plans and provide collaterals to enable them secure loans and they can approach land owners to buy land in any part of the country of their choice as long as the land is available and can be freely negotiated.

That is the way Igbo traders go to build their market places all over Nigeria- Idumota, Ladipo & Aspanda in Lagos, Onitsha Main market, Kano central market and Ariara Market in Aba for example. When market stalls are built by local councils or developers they pay rents or buy up the stalls. To treat cattle ranching differently will be discriminatory against other business groups (traditional or modern).

What is more, I am told that the real owners of the cattle are very rich Nigerians which include presidents (military & civilian, past and present), governors (past and present), legislators (serving and past), ministers (living & dead), senior public servants (serving & retired). These people can afford to build ranches to promote their businesses for God’s sake. Indeed it will be patently unethical for them to use public funds to further their private interests. Again that smells like corruption in my nose. 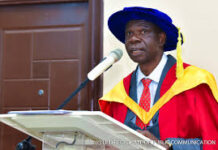 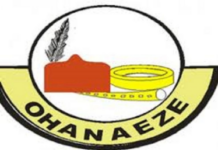 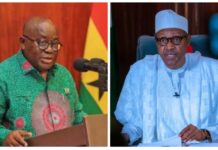 The Hidden Dangers of Cultism by Tony Ogunlowo 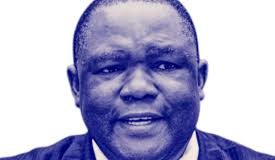 The IMF Article IV visitation team and the Nigerian economy