Gareth Bale has scored twice from the bench to earn Real Madrid a 3-1 win over Liverpool in the final of the 2018 Champions League at the NSC Olimpiyskiy Stadium.

The Welshman produced a masterclass in his half an hour on the field, putting Los Blancos back in front with one of the all-time great European Cup goals after they were pegged back.

Bale made perfect contact with an overhead kick moments after being introduced, and he went on to add a second late on to seal a third successive triumph for Madrid in UEFA’s flagship competition.

The 63rd final will be best remembered for the 28-year-old’s wonder goal, but a couple of Loris Karius howlers will also live long in the memory – the German at fault for the first and last of the Spanish outfit’s goals on a famous night in Kiev.

Liverpool, beaten in a third final under Jurgen Klopp, will wonder what might have been as they lost star man Mohamed Salah to a suspected dislocated shoulder with just 31 minutes on the clock.

In a stark contrast in experience, Madrid had seven starters who had featured in their three most recent Euro triumphs, while Liverpool did not have a single Champions League finalist in their ranks.

With Bale benched for the second final in a row, Madrid went with the same starting lineup from their 4-1 victory over Juventus in Cardiff nearly 12 months ago – a win that made them the first team in the Champions League era to retain the trophy.

Despite their tag as underdogs, Liverpool had been the better side prior to losing Salah, finding their rhythm pretty much from the off and asking serious questions of their opponents’ backline.

Raphael Varane and Sergio Ramos had to produce a number of blocks, but they were exposed with just short of a quarter of the match played.

James Milner already had a tournament-high nine assists to his name prior to this match, and he nearly got another as Roberto Firmino swivelled on the penalty spot after being picked out but sent his shot straight into the body of Ramos.

The rebound fell nicely to Trent Alexander-Arnold, who put his foot through it and forced a good save out of Keylor Navas down low.

Madrid, whose only opportunity in the first 30 minutes saw Cristiano Ronaldo thump the ball over the bar from a tight angle, themselves lost a player to a first-half injury as a distraught Dani Carvajal limped down the tunnel.

Los Blancos ended the first half on top, with Karim Benzema having a tap-in ruled out for offside after Karius had produced a fine save to keep out Ronaldo’s close-range header.

Nacho, brought on for Carvajal, then fired a volley into the side-netting and Benzema dragged a shot narrowly wide from the edge of the box.

Unlike in the first half, Madrid started the second on top and were nearly ahead four minutes after the restart when Isco pounced on some uncertainty to send a shinned effort against the crossbar.

The breakthrough moment would arrive soon after, though, and it was one that Karius will never live down, seeing his attempted rolled pass to a teammate come back off Benzema’s boot and trickle over the line.

Liverpool were level four minutes and 16 seconds later through Sadio Mane, who netted his 10th Champions League goal of the season – drawing him level with Salah and Firmino – after latching on to Dejan Lovren‘s headed knockdown and lifting it over Navas.

Isco then got a shot away on goal which Karius turned wide, and that would prove to be the Spanish attacker’s last involvement as Bale was brought on moments later.

Within two minutes of his introduction, the Welshman produced a moment of magic by sending his acrobatic volley from a Marcelo cross flying past Karius, despite being all of 15 yards out.

Liverpool pushed for a second equaliser, coming close to finding it through a Mane shot that was curled against the foot of the post, while up the other end Andrew Robertson‘s block denied Ronaldo a certain fourth Champions League final goal.

Madrid sealed their status as one of the all-time great sides late on through Bale who, after teeing up Benzema for a saved shot, let fly from 30 yards out with a belter that went right through the hands of Karius.

Zidane’s men become the fourth side to win the competition in three successive campaigns, and the first to achieve the feat twice having also done so between 1956 and 1960. 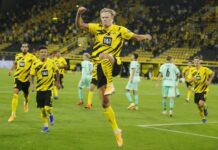 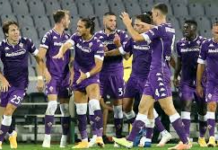 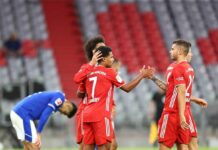