The uproar over White House Chief of Staff John Kelly’s comments about illegal immigration in an interview with National Public Radio last week still hasn’t entirely died down. I haven’t found the resulting discussion to be super-enlightening, so, as I did with an earlier Kelly comment about how nobody knows anybody in the military anymore, I decided to see if a few charts might clear things up.

To review, Kelly argued that most undocumented immigrants are “not people that would easily assimilate into the United States, into our modern society.” He went on:

So … let’s dig into the data. More than 70 percent of undocumented immigrants in the U.S. are from Mexico and Central America, according to the Migration Policy Institute. Mexico is by far the most common country of origin, but the population of Mexican immigrants in the U.S. (both documented and undocumented) actually fell 6 percent from 2007 to 2015, according to the Pew Research Center, while the numbers of Salvadorans, Hondurans and Guatemalans in the U.S. continued to grow. So when we talk about illegal immigration into the U.S., we’re mainly talking about immigration from those four countries, with El Salvador, Honduras and Guatemala playing a growing role and Mexico a huge but shrinking one. And yes, most of those who have come to the U.S. from these countries are probably of rural origin, although (1) there’s not much good data on that and (2) there are indications that the rural share has been getting less “overwhelming” in recent years as Mexico and El Salvador, the two biggest sources of unauthorized immigrants in the U.S., have urbanized.

Much better data is available on the characteristics of foreign-born people here in the U.S., most of it from the Census Bureau’s American Community Survey, an annual survey of about 2 million households first conducted in 2005. The ACS does not sort immigrants by whether they have permission to be in the U.S. or not. 1 (Estimates of the number of undocumented immigrants in the U.S., in fact, are arrived at by taking the totals from the ACS and subtracting out the numbers of temporary and permanent lawful residents provided by the Department of Homeland Security.) Still, it offers much insight into the characteristics of different immigrant groups. To get back to Kelly’s comment, here are the countries from which immigrants in the U.S. have the least formal education, according to the 2016 ACS:

So yes, the people who have come to the U.S. from Mexico and Central America tend not to have a lot of schooling. The European nations of Portugal, Italy and Greece are also on this list, although most immigrants from those countries arrived in the U.S. a long time ago so there’s understandably not much grumbling about them. Meanwhile, the countries from which the most-educated foreign-born U.S. residents hail make for quite a diverse bunch. 2

Next, let’s examine Kelly’s comments about non-English-speakers. He’s right that immigrants from Mexico, El Salvador, Guatemala and Honduras struggle with the language, although this time around, they cede first place to Myanmar:

The list of countries from which immigrants in the U.S. are least likely to struggle with English are, unsurprisingly, all English-speaking countries, so I’m not going to bother with a chart. Extra credit, though, to the Netherlands and Germany for making the top 10 despite having their own languages, and to Trinidad & Tobago for beating out the U.K. for first place.

It’s important to remember, though, that immigrants from non-English-speaking countries have always struggled with the language. Many millions of immigrants from Germany, Italy and other European countries in the late 19th and early 20th centuries never did become fluent in English. But their children did!

Finally, there’s Kelly’s assertion that undocumented immigrants don’t integrate well. Language ability is one measure of integration. Employment is surely another one. When I ran a list of the countries from which immigrants in the U.S. have the highest employment-to-population ratio, some familiar names popped up:

The employment-population ratio for Mexican-born U.S. residents, by the way, is 65.5 percent, which ranks it 28th out of the 80 countries for which there’s data. There are some caveats I should trot out here: The immigrant populations from Guatemala, El Salvador and Honduras are younger and more male than the overall U.S. population, which skews employment ratios upward, and since this data covers everyone age 16 and up, college and even high school students count against the total — which brings the ratio down among groups likely to pursue higher education. Still, their strong employment performance isn’t a fluke; the Cato Institute’s David Bier offers up lots of other evidence that Central Americans are integrating pretty well.

The foreign-born residents with the lowest employment-population ratios hail mainly from countries (Hungary, Italy, Greece, Germany) from which most immigrants arrived decades ago and are now in their 60s or older. The very lowest employment-population ratio, though, is for those born in Saudi Arabia, most of whom are in the U.S. for college or graduate school. And while no other country of origin has a majority of its U.S. residents currently enrolled in higher education, Kenya, Nigeria, Nepal and Ghana have the highest percentages after Saudi Arabia. So immigrants from Kenya, Nigeria and Ghana are near the top in both employment-population ratio and higher-education enrollment, and those from Nigeria are also near the top in educational attainment.

With that, let me offer my two cents on Kelly’s statement: It appears to be factually accurate in most of its characterizations of today’s undocumented immigrants, and I think the people decrying it as “racist” are for the most part just devaluing the term “racist.” His “they don’t integrate well” comment grates, though, given that Kelly and most other Americans are descended at least in part from rural people with limited education who didn’t speak any English when they got here. And while there is a case to be made that education and English are far more important to success in the U.S. than they were a century ago, one certainly can’t depict Central Americans in particular as sitting around twiddling their thumbs wondering how they will ever integrate into U.S. society. They’re too busy working.

Also — and nothing Kelly said contradicted this, but some things his boss has reportedly said certainly have — what the charts above tell me is that if we want more high-skilled, hardworking, English-speaking, ready-to-integrate immigrants, it looks like the most obvious place to find them is in African countries where English is widely spoken.

This column does not necessarily reflect the opinion of the editorial board or Bloomberg LP and its owners.

The survey asks respondents whether they are citizens but does not ask the non-citizens to go into further detail.

These aren’t necessarily all immigrants who are planning to stay in the U.S. for good — a 25-year-old from India who is working on a doctorate at a U.S. university and planning to head home afterwards shows up, too. But close enough. 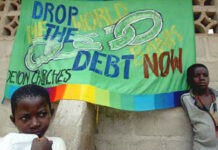 Delivering debt relief for the poorest 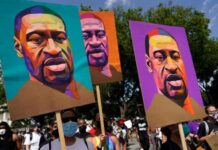 What racism cost us all 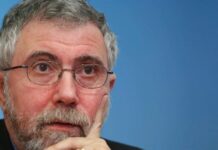 Stocks Are Soaring. So Is Misery. 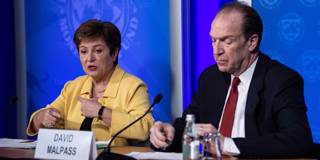