Central Banks, the world over, have responsibility for ensuring that a nation’s currency reserves are held in instruments, which would protect the domestic value of income and savings. Indeed, every CBN Governor recognises this responsibility, but the actual spread of such holdings were never clearly defined, while the dollar remained the CBN’s choice currency”.

The above quote is from an article titled “Yuan as reserve, and the burden of Naira maintenance” (see www.lesleba.com); it was published in September 2011, after, erstwhile, CBN Governor Lamido Sanusi, revealed to Reuters News Agency, that Chinese Yuan was being considered as a component of Nigeria’s foreign reserve profile.

However, despite Sanusi’s obvious enthusiasm, for Yuan as a reserve currency, its adoption remained stalled until April 2016, when President Muhammadu Buhari visited China, with a delegation which included, Finance Minister Kemi Adeosun and CBN Governor Godwin Emefiele, amongst others.

Notably, the protocol agreements endorsed, with China’s President Xi Jinping, related to Cooperation and assistance on projects such as, a $1bn Abuja-Ibadan-Lagos Greenfield Expressway and a 300 megawatt solar plant in Shiroro; deals were reportedly, similarly, sealed for housing, rail transportation and gas floating facilities.

Furthermore, Foreign Minister, Geoffrey Onyeama confirmed China’s offer of a $6bn loan to fund infrastructure projects in Nigeria. According to Onyeama, “the offer is a credit that is on the table as soon as we have identified the projects”!

However, two years later, in May 2018, CBN Ag Director, Mr Isaac Okorafor, confirmed that Governor Godwin Emefiele had signed an agreement, reportedly, valued at Renminbi 16bn i.e. about $2.5bn, with the People’s Bank of China, for a bilateral currency swap protocol, which will provide adequate local currency liquidity to Nigerian and Chinese industrialists and other businesses.

According to Okorafor, “this deal will reduce difficulties encountered in the search for third currencies in the execution of business transactions between Nigeria and Chinese industrialists”, and will also “provide Naira liquidity to Chinese businesses while providing Yuan liquidity to Nigerian businesses; expectedly, this arrangement would facilitate speed, convenience and volume of transactions between both nations”.

The following, excerpts, however, come from another article titled “President’s trade mission to China” (see www.lesleba.com); it was first published in July 2016. Please read on.

“Incidentally, the news of a Currency Swap agreement between Nigeria and China seems to have, lately, captivated public attention. Basically, the swap implies that China would set aside billions of dollars equivalent of its currency (the Renminbi) from which Nigerian importers can directly exchange their Naira at pre-determined exchange rates, without first procuring dollars to complete the transaction. Regrettably, the Presidency has not published the amount, nor tenor and applicable exchange rates for transactions and settlements under the swap arrangement”.

Nonetheless, while briefing State House correspondents on the gains of the China trip, Foreign Affairs Minister, Geoffrey Onyeama suggested that the celebrated agreement was not a “currency swap” as widely reported, but a recruitment of Nigeria into a partnership “that would facilitate China’s drive to internationalize its currency”. “So, for us “according to Onyeama,” it has given us (our economy) greater opportunity, so that those people (who cannot readily access dollars) can now also import, notwithstanding the shortage of dollars”.

Similarly, CBN Governor, Godwin Emefiele, had noted in a ThisDay Newspaper report of 18th April 2016 that “the agreement on currency swap with China will definitely benefit Nigeria because the essence of the mandate is that Nigeria is designated as the trading hub with China in the ECOWAS sub-region.”Emefiele further added that “we believe that using the Renminbi will improve trade with China, as this will encourage importers to open L/Cs in the Chinese currency for the importation of raw materials, equipment and machinery from China, rather than other trading regions; so the agreement will encourage trade between both Countries”.

However, Lin Songtian, a senior official of the Chinese Foreign Ministry also noted that the deal on Yuan transactions “means that the Renminbi is free to flow among different banks in Nigeria, and the Renminbi has been included in the foreign exchange reserves of Nigeria”. Indeed, Lamido Sanusi, as former Governor had reportedly converted about 10 percent of CBN’s dollar reserves into Yuan about 4 years ago!

In effect, in order to facilitate rapid Yuan acceptance in our sub-region, Nigeria as hub, will invariably host a Clearing House with affiliation to the Peoples Bank of China to allow the Renminbi to become a common settlement currency which can be used for bilateral loans or aid. Ultimately a New bank with affiliation to the China bank will be established and dedicated to intermediate Yuan transactions in the sub region, as a product of the Currency Swap”.

“Furthermore, China’s official News Agency reported that President Xi Jinping, had also expressed interest in economic cooperation with the Nigerian delegation, particularly in areas like oil refining and mining; however, it is not yet clear if the Currency Swap deal also implies that China will pay for Nigeria’s crude oil in Naira or Yuan!”

“Ultimately, this currency deal will bolster our Renminbi reserves, but this may lead to a corresponding drop in our dollar reserves; ironically however, China may readily depreciate its Yuan to promote export price competitiveness of its products in the United States and other dollar denominated markets. Unfortunately, therefore, Nigeria’s increasing Renminbi reserves would also become devalued and would buy less and less dollars than before. It is instructive that, China is already in similar bilateral currency swap agreements totaling RMB 3.137Tn (about $500bn) with 31 Central Banks including the UK and South Africa, and the trade volume with these countries has since exceeded RMB 11 Trillion after the swap agreements”.

“Nonetheless, CBN Governor Emefiele has observed that “we are working to encourage our exports of raw materials to China in order to reduce the trade imbalance” which is presently, clearly heavily skewed against Nigeria with an annual import bill of about $15bn payable to China. However, It is not yet clear how Nigeria’s industrial production and output will ever become internationally competitive enough to reduce this trade imbalance, particularly when domestic inflation rate is trending at over 12 percent while cost of funds to industries and other businesses presently exceeds 20 percent!”

POST SCRIPT- MAY 2018: Reportedly, the dollar equivalent of US$2.5bn has now been set aside by China for this currency swap. Presumably, the Naira/Yuan exchange rate will adopt the cross rate between Yuan/dollar, as the anchor for the Naira/Yuan market rate.

Expectedly, this arrangement would increase the value of Chinese exports to Nigeria well beyond the present $15b, but will unfortunately, also challenge Nigeria’s desire to diversify its economy by adding value to its local agricultural and raw materials output.

The downside, is that Chinese buying houses with surplus Naira liquidity in Nigeria, will outbid local industries to monopolise supply sources of our agricultural and raw materials and subsequently cart these away to China as exports for processing into a multitude of finished products, which will be ultimately re-exported to Nigeria at much higher cost. In contrast, this would be counterproductive to our abiding desire to become a robust industrial economy by adding value to our agricultural and raw material products before export.

The other question also is whether or not the 41 items presently banned by CBN from importation will now qualify for Yuan allocations for Chinese sourced substitutes, or indeed, if Chinese financial houses domiciled in Nigeria, can dip into their heavy Naira surpluses to also lend to Nigerian businesses in Naira?

Flesh Trader and the Idia Spirit, By Louis Odion 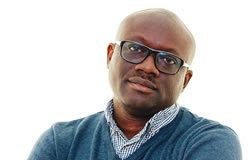 2023 and the Ndigbo Question