The government has been working to cut its borrowing costs, particularly as inflation slows. It sold Eurobonds last month to help repay some treasury bills rather than rolling them over as it has done in the past. 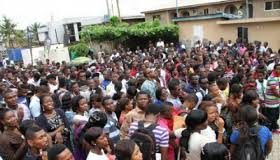