The major commodity exporter is seeking favourable terms for the bond, slated for April, amid market uncertainty fuelled by the likelihood of a U.S. Federal Reserve hike that could render sub-Saharan African debt unattractive.

Finance Minister Ken Ofori-Atta and a deputy central bank governor will attempt to woo investors in Singapore and Hong Kong to the sale, which is Ghana’s sixth. Previous debt was sold mainly to investors in Europe and the United States.

Analysts said Ghana’s move was unlikely to yield results as Asian markets target higher quality credits such as those offered by Gulf countries.

“It’s an odd choice and we don’t see any interest from Asian accounts in African bonds,” a major Europe-based fund analyst told Reuters. If the Ghanaians succeeded, they would change the dynamics of the African bond market, the analyst said.

Ghana, which exports cocoa, gold and oil is in its final year of a $918 million credit deal with the International Monetary Fund to narrow deficit, inflation and public debt, which hit 68 percent of GDP last year.

The government has yet to announce lead advisors for the 2018 Eurobond sale, which it advertised in this year’s budget. 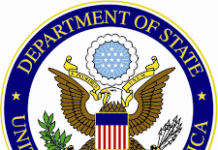