Speaking at the World Economic Forum in Davos, Saudi Arabia’s Energy Minister Khalid al-Falih told CNBC: “I’m still anxious about the fragility of the market (and) about the potential black swans that may spring in front of us. By and large, we are on our way but we are not there yet.”

On Sunday, Saudi Arabia’s energy minister urged global oil producers to extend their cooperation beyond 2018. Speaking to reporters ahead of an OPEC joint ministerial committee, Khalid al-Falih also raised the prospect of a new form of agreement rather than continuing with the same level of production cuts.

It was the first time OPEC kingpin Saudi Arabia had publicly suggested a new form of coordination among oil producers after 2018.

The current deal, struck by OPEC and 10 other allied producers, is scheduled to last throughout the calendar year. It is thought to have supported the recent oil price rally and helped to clear a global supply overhang.

Meanwhile, robust demand in China, India and the U.S. — as well as the ongoing production cuts from OPEC and its allied producers — could help to rebalance the oil market this year, according to the chief executive of Italian oil and gas giant Eni.

“For the first time, the fundamentals are leading the price scenario … (So) I think it can happen,” Claudio Descalzi, CEO of Eni, said while speaking at Davos on Tuesday.

Saudi Arabia’s al-Falih echoed calls for OPEC-led production cuts to continue beyond 2018 on Tuesday, adding it would be necessary to maintain production at current levels.

“I think there is an acceptance that we need to extend this framework of OPEC and non-OPEC cooperation, in one way or another, beyond the current agreement,” he said. 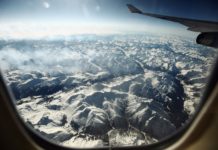 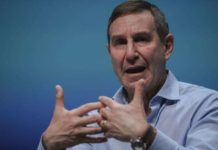 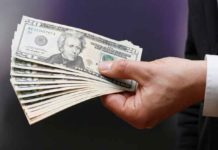