The TSA policy was adopted by the Federal government two years ago, but information about the policy is mostly communicated hastily writes, Nduka Michael.

When President Muhammadu Buhari listed his achievements last week, he mentioned the Treasury Single Account (TSA) as one of them.

Without going into questions of who started the policy, it is good that for once, those at the very top of the Federal Government are owning the TSA policy.

First, it was the Minister of Information and Culture, Alhaji Lai Muhammed, who reportedly said that without TSA, Nigeria would have collapsed.

Then repeatedly, the Minister of Finance, Mrs. Kemi Adeosun has spoken convincingly about the laudability of the policy and how it has improved government’s financial management. Other than these, there are few individuals within the government who have really made efforts to sell the TSA to Nigerians.

Therefore, the fact that the president mentioned the policy as an achievement gave it more life and hints on the possibility that this is not an initiative that will be swept under the carpet any time soon.

One of the challenges that the policy has faced is that of ownership. At the very beginning, major beneficiaries and the government made no serious effort at owning the policy.

Over the last few years, praise has been heaped on TSA, but one thing has been missing: That push at sensitising Nigerians about its use, relevance and imperative for continuity.

If TSA were a private business initiative, there would have been a lot of stakeholder engagement forums to promote it.

Right from the President Goodluck Jonathan days when the policy was first initiated, there was no concrete arrangement to bring all the stakeholders together to sensitise them on its advantages and workings. Under Muhammadu Buhari, things have remained largely the same.

What this scheme of things has done over the years is that it has left many guessing and trying to figure out the workings of the policy. As a matter of fact, this confusion left a governor guessing that TSA was set up as a mechanism to accumulate funds for Ondo State elections!

On the other hand, if TSA was the sole property of a business, things would have been different. Companies or private business entities deal with suppliers, distributors, customers and employees. They also engage with them periodically to ensure that policies and procedures are well understood. There is usually an effort to bring the parties together to achieve goal congruence.

With TSA, this has not been done. Rather, the House of Representative Ad Hoc Committee has essentially called for an audit and nothing more.

At inception, there should have been a forum that brings together the government, the Remita platform designers, civil society and other Nigerians to discuss what was going to be achieved with TSA.

Beyond that, there should have been an attempt to further reinforce the narrative as the implementation of the policy progressed. What has happened so far is that the policy has been implemented, and whenever there is going to be an adjustment, it is seen in the media.

A clear example is with how the Government Integrated Financial and Management Information System (GIFMIS) was introduced to TSA procedures a few months ago.

Essentially, big players in the financial space made a decision to change the way funds were paid into the TSA and no concrete method of communication was used to pass the news to the everyday Nigerians who use the system to meet their needs until they were standing at counters in commercial banks hoping to make payments. The result, unpalatable.

These and many occurrences have made the need for periodic stakeholder meetings imperative. What will these meetings do? They will afford the designers of the Remita app an opportunity to sit with representatives of the Ministry of Finance, alongside banks, civil societies, government agencies and ordinary Nigerians who use TSA everyday.

The meetings will also present a opportunity for them to express their views and suggest ways TSA can run more easily. This is extremely necessary.

But the bigger question is who will bell the cat? Who will be responsible for this effort. Clearly, the government is the biggest beneficiary of TSA as implied by the vociferation of President Buhari, so it is logical that the government should be at the forefront of any effort geared at popularising the policy or clearing doubts. So, the Ministry of Finance should take on the task of updating every Nigerian from time to time.

It should also be at the fore of bringing interested parties together when there is going to be a major shift in the way things are done with the TSA. There are records that indicate that GIFMIS was established or started in 2003.

According to the Government Integrated Financial and Management Information System, “Since July 2003, the Federal Government has taken bold steps to begin to tackle the deep-seated risks to macroeconomic and fiscal stability and to address key sources of economic inefficiency. It is implementing policies to strengthen economic management and to deal with weak governance and corruption.” This statement was penned before GIFMIS was incorporated into TSA. However, most Nigerians were at a loss as to where the policy was from when it was eventually implemented. 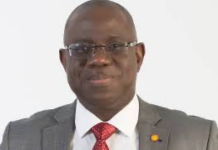 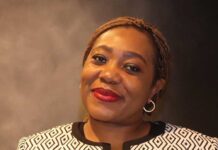 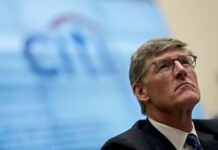 Why Citigroup’s CEO Michael Corbat is retiring earlier than expected