A former Director-General of the Nigerian Insurers Association (NIA) and a Lawyer, Mr. Ezekiel Chiejina, is set to launch his new book titled ‘Pensions in Nigeria’ next week Tuesday at the Nigerian Institute of International Affairs (NIIA) in Lagos.

The book, a compendium of contemporary information on pension matters, discussed exhaustively the characteristics, intricacies, and implications of the various pension reforms and payment schemes in Nigeria.

Chiejina who is a renowned pensions and life insurance specialist, tutor and consultant, stated in a statement made avalaible to journalists that the book is a definitive treatise on the evolution of pension schemes in Nigeria, the various pension reforms and their benefits and shortfalls as well as the roles and responsibilities of the various key stakeholders in the pension matrix.

In the Preface to the book, the author said the book was inspired by “pension reform initiatives and eventual enactment of Pension Reform statues” as well as his resolve to document for posterity his three and a half decades engagement in pension and life insurance in Nigeria as manager of pension schemes for private and public sector companies, lecturer and trainer of pension desk officers and chief executive of insurance companies.

Mr. Chiejina began his Insurance carrier with National Insurance Corporation of Nigeria (NICON) in 1974 and pursued his professional studies/examinations the same year. He qualified as an Associate of Chartered Insurance of London (ACII) in 1976 and qualified as a Fellow of the Institute by examination in 1979. He also obtained a Bachelor of Laws degree (LL. B.) of the University of London in 1986, and was called to Nigerian Bar in 1987.

In 1990, Mr. Chiejina rose to the position of Senior Manager (Life and Pension) in NICON, and between 1991 and 2000, he worked as CEO of two composite insurance companies. He also worked with Industrial And General Insurance Company Limited as Head of Life Insurance and Pensions operations from 2000 to 2002. He was appointed as Director-General/CEO of the Nigerian Insurers Association (NIA) – a position he held for six years, and retired in 2010.

Between 2003 and 2010, he served as Member of Board of Trustees. Cargo Defense Fund; Council Member, Nigeria Employers Consultative Association (NECA); and Member, Governing Council, Nigerian Association of Chambers of Commerce, Industry, Mines and Agriculture (NACCIMA).

He is a Fellow of the Institute of Management Consultants. He is the President and Principal Consultant, QUEEN and KENNEDY CONSULTING LIMITED. He is saddled with activities in human capital development & training/agency development for insurance industry, pensions advocacy, retirement planning, legal practice, publications real estate, and commercial arbitration among others.

He has consulted for several insurance companies within and outside Nigeria in setting up and re-organization of their life insurance and pensions operations for enhanced performance, rapid growth and profitability. He has written and presented over 100 papers on various subjects and contemporary issues, including economics, law & legislation/compliance, life insurance pensions, annuities, insurance claims management, and sports.

He served as a visiting lecturer at the Wesr African Insurance Institute (WAII) Banjul, The Gambia where he lectured for 13 years, taking Life and Health Insurances, Pensions and Business Law. He also lectured part-rime on Pensions briefly at Lagos State Polytechnic in 1990/91 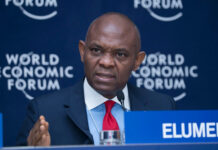 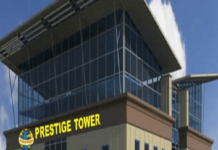 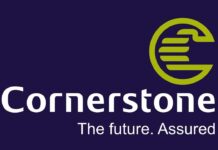 AXA Mansard to invest in $41m hospital project in Lagos