European equities headed for the longest winning streak in five months after the S&P 500 Index led global stocks to a record high on Monday. The dollar couldn’t build on a strong start to the week as concerns about lackluster inflation lingered before key U.S. data.

The Stoxx Europe 600 Index gained for a fifth day, the longest run since April, as the technology sector climbed before Apple Inc.’s much-anticipated iPhone unveiling later on Tuesday. Chip makers STMicroelectronics N.V. and Infineon Technologies AG were among the biggest gainers. Benchmarks from Japan to South Korea and Australia also rose as North Korea stayed silent in the face of another round of sanctions. The greenback edged lower after Monday’s surge, and bonds across Europe followed Treasuries lower.

The appetite for riskier assets that began on Monday was supported by a lack of further provocative developments from North Korea. The UN Security Council approved a watered-down proposal to punish the nation for its latest missile and nuclear tests, omitting an oil embargo and a freeze of Kim Jong Un’s assets.

The road “to be traveled now is one of negotiation rather than provocation,” Jefferies Chief Global Strategist Sean Darby told Bloomberg Television. “The irony at the moment is that for risk-takers the environment is very good. The inflation data is nowhere near as strong to force the hand of the central banks and economic data is actually getting better.”

Terminal subscribers can read more on our Markets Live blog.

Among the key events this week for markets:

Here are the main moves in markets:

— With assistance by Adam Haigh 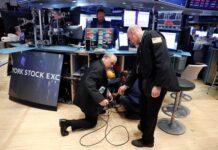 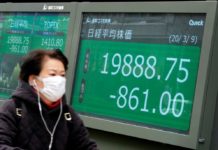 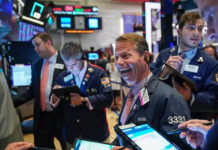