Dr.Lateefat Abiola, the best graduating medical student at V.N. Karazin Kharkiv National University in Ukraine, was on top of the world 30 June as she delivered the valedictory speech.

Abiola, an ex-student of Osun State University, was sponsored to the Ukrainian university by the state government to complete her studies.

She scored 95.6 per cent to emerge the best not just at her university where she beat 564 other students but overall in Ukraine.

The announcement that her score was the best in the entire Ukraine was made at a Pre-Convocation meeting by the President of the university, Prof Vil S. Bakirov.

Kharkiv University is the only university in Ukraine that has produced three Nobel Prize laureates.

There were 49 other students from Osun state, in her set, sponsored to the school by the Governor Rauf Aregbesola’s administration.

They all passed their exams.

In all, the government sponsored 87 stranded medical students.

Abiola was one of the 85 medical students of the Osun State University (UNIOSUN) left stranded after the National Universities Commission (NUC) in 2012 refused to accredit the course for lack of a medical school.

In 2014, when Governor Rauf Aregbesola came on board, he decided to fully sponsor the 85 students that belonged to two different sets to complete their Medical studies at the Kharkiv National University, Ukraine.

Represented by his deputy, Mrs. Grace Titi Laoye-Tomori, the governor said: “We feel fulfilled the students, who would have had their dreams aborted, have today realised their ambition of becoming medical doctors. This is one of our outstanding success stories in Osun.

“We have kept faith with these students, their parents and guardians towards realising their life time ambition.

“In spite of the acute paucity of funds that our state has been facing, we never renege on our promise to see them through.

“Today, we are happy we have caused their dreams to become realities.”

Abiola said the new medical doctors would be forever grateful to Osun and Aregbesola for making the dreams possible.

“We are here today proud that from the loss of hope that we were plunged into, we have been raised with new vigour.

“We have seen in Osun a responsible government which would not let its citizens down.

“Words are not enough to celebrate our victory. We have won,” she told the crowd. 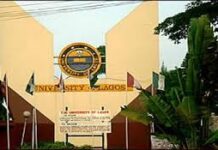 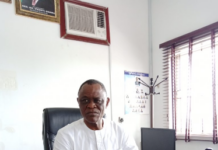 Tertiary institutions in Delta can reopen now till Oct. 2- Commissioner

WAEC to re-introduce e-marking for tests