The Peoples Democratic Party (PDP) has described the late former governor of Taraba, Mr. Danbaba Suntai, as an outstanding and professional man.

“We are proud of late Suntai. He left his profession and became a politician in order to bring quality to governance.

“This, he exhibited, while in office until the unfortunate plane crash incident.
“Suntai represented PDP well and are very proud of him.”

Ojougboh said that until his death Suntai never gave up as he was involved in the struggle for the progress of PDP and Nigeria.

He said that the PDP commiserated with the family of late Suntai, the people and government of Taraba state on the great lost.

Suntai, 56, who has been receiving treatment in hospital across the world since he was involved in a plane crash in October 2012 died in Houston, Florida, in the United States on Wednesday.

Mr. Emmanuel Bello, Senior Special Assistant to Gov. Darius Ishaku on Public Affairs had confirmed the incident to NAN on telephone on Wednesday. 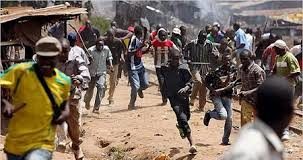