Nick Broomfield’s documentary portrait of Whitney Houston shows once again that her climactic “I” in I Will Always Love You is one of the most amazing moments in pop music: a sustained blazing siren of euphoric self-affirmation. That song became the keynote of her smash-hit movie The Bodyguard in 1992 with Kevin Costner, and sealed her global megastar triumph. (Much stronger, for me, than Celine Dion’s My Heart Will Go On from Titanic.)

Whitney’s hurricane-force “I” all but blitzes the song’s meaning, which I only fully appreciated on listening to Dolly Parton’s considerably more muted and melancholy self-penned original from 1973. The singer is of course renouncing her claim on the loved one. But the way Houston belts it out, she is owning everything and anything.

This riveting film has previously unseen footage from Houston’s last major tour in the early 90s – gigs in Germany and Austria – getting the film-maker Rudi Dolezal a co-directing credit alongside Broomfield. It shows Houston clearly on the very edge of exhaustion. Yet when she suddenly cracks out the opening syllable of I Will Always Love You, her composure is magically but briefly restored.

Broomfield’s film may not quite deliver intimate insights to compare with Asif Kapadia’s movie about Amy Winehouse, and on the vital issue of drug addiction it does not exactly dot the Is and cross the Ts about when and from whom the drugs were first bought. That is a can of worms from which the lid is never removed without ongoing legal implications. But it is an engrossing and compassionate study of a great talent brought low, and the film’s “unofficial” status is liberating.
Emotionally damaged by substance abuse, family tension, a tempestuous marriage to the unstable and unreliable Bobby Brown, and by a state of denial about her relationship with childhood friend and lover Robyn Crawford, Whitney was found dead in a Los Angeles hotel room in 2012 at the age of 48, having passed out and drowned in the bathtub after a cocaine session. Her daughter Bobbi Kristina – heartwrenchingly shown on stage as a little girl during these very same German and Austrian concerts – was to be herself found dead three years later at the age of 22 in a horribly similar way.

Broomfield tells the story of a star who feels in her inmost heart that success on this unimaginable level is not really deserved and has to be paid for with private unhappiness and a costly, painful maintenance of family and entourage loyalties. One commentator remarks sagely: “One of the things about being rich is that your family are dependent on you in one way or another. Or actually work for you.”

Whitney was the daughter of gospel star Cissy Houston and cousin to Dionne Warwick; she was a glorious church singer discovered by Arista Records CEO Clive Davis who marketed her as a quasi-white pop singer for the mainstream. Whitney was mortified to be booed at a Soul Train event in 1989 as some kind of sellout, but never repudiated her own genius for pop.
But talent like this and a career like this have to be nurtured and supported by keeping reassuring faces around, like courtiers. That meant the elegant and enigmatic childhood friend Robyn Crawford, from whom Whitney was inseparable and around whom rumours swirled. Then she was to fall in love with the swaggering R&B bad boy Bobby Brown, who basically got Whitney off both the gay and the sellout charge. But Bobby and Robyn hated each other with a passion, both competing for full Yoko Ono status and creating a dysfunction that poisoned the atmosphere. They were, in the Spinal-Tap-ish words of Whitney’s Welsh bodyguard David Roberts, like “fire and water”.Roberts reveals the extent Whitney’s drug use and the way it was being enabled by her hangers-on. He sent a letter, like a legal affidavit, to Houston’s lawyer, making plain his worries and the wording of this is glimpsed, heavily redacted: a pity, because it looks as if that document might make clear some things that the film can only hint at.

“Can I be me?” is the question Whitney plaintively asked. But what was that? A gay woman? Yes, possibly, though her relationship with Bobby was authentic enough. A soul singer, an R&B singer? Maybe, though her pop melodies were the glorious real thing. The truth is probably that music and fame on her level are irreversible addictions, and bring other abuses in their wake. That “me”, the sense of identity, got utterly lost. 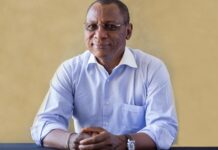 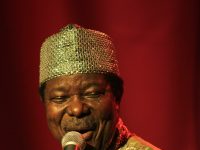 Heidi Klum has ‘secret plans’ to permanently move our children to...