Lagos, Nigeria May 19, 2017: Eminent stakeholders across four critical institutions: government, business, media and non-governmental organisations have advocated the re-awakening of the culture of integrity, goodwill and trust in all spheres of our national life as a panacea to overcoming the myriad social, political and economic challenges facing Nigeria currently.

Speaking in Lagos at the public presentation of the 2017 Edelman Trust Barometer, which was the 17th edition of the annual global trust and credibility survey launched by Edelman, and the first to be launched in Nigeria, they lamented that lack of public trust in institutions of authority such as government, business, media and non-governmental organisations needed to be reversed in order to bring the country back on the path of sustainable development.

Mrs. Awosika, who stated that integrity, goodwill and trust were the same side of a coin that could not be outspent, commended Chain Reactions Nigeria for the launch of the study, noting that the insights contained in the survey would foster the recovery of loss of confidence in our key institutions if well applied.

“I consider the issue discussed very critical, and it is important going forward for any organisation especially for the nation. When trust is broken, when we can no longer trust institutions, there is a major problem because it becomes very difficult to communicate. People generally have low trust level; they tend to believe the accusation first before they find out what is true. You can see it play out in our polity, people no longer trust institutions”, she said.

Awosika added that it was imperative for players across the fours spotlighted critical sectors to embrace professionalism by being trustworthy in all they do, maintaining that while it was possible to outspend financial currency, institutions cannot outspend integrity, goodwill and trust.

Managing Director/Chief Strategist, Chain Reactions Nigeria, Israel Jaiye Opayemi, said there is a global implosion of trust as people are losing faith in institutions such as government, the media and NGO’s. “According to the Edelman 2017 Trust Barometer, public trust in institutions of authority is decreasing while trust in business, SMEs are on the rise and people are believing more in their ability to make the difference in life rather than wait on the institutions like government”, he said.

He added, “Institutions should communicate more and do exactly what they say. People now listen more to their peers and less to their bosses or constituted institutions as they network and exchange ideas. Business organisations who want to reach these people must identify peer group leaders and influencers. CSR intervention is crucial as corporate organisations need to touch the lives and build trust beyond profit as people tend to buy the stocks of companies they trust. The media, NGOs, business organisations and those who run government should take key learnings from this. What Chain Reactions is positioned to do is to develop a Trust Barometer for the society: trust for government, trust for media, trust for businesses and trust for non-governmental organisations.”

“In the case of Brexit and the last American election, we saw the media combating fake news and this was witnessed all over the world with businesses being rocked by scandal after scandal. All these factors combine to show that trust is in crisis in 2017. What we used to see as the pyramid of influence is gone; no longer are the days when the better source of information is presumed to be held by the elite as there is a democratisation of information and communication. What we are seeing is an emerging new model that is populist. Edelman is working with Chain Reactions to ensure Nigeria is covered in the next Edelman Trust Barometer statistics.”

Momoh on his part said, “The media around the world has lost credibility due especially to the emergence of social media and the traditional media has its own blame as interference like politicians, editorial policy are really weighing on media responsibility. Channels TV for instance is a network built on trust which is why the station is where it is today.”

Corroborating, Awoyemi affirmed that trust is sacrosanct in all aspects of life be it private or public. “In God we trust, every other thing is data. If you are not a professional you cannot do TV like Channels TV because the only currency Channels has is trust.”

On her part, consumer rights advocate, Sola Solako said consumer education is very crucial and should be seen as a tool to regain trust. “Businesses need to emphasise quality, pay tax as good corporate organisations and government needs to religiously implement what they promise the electorate”, she insisted

Edelman Trust Barometer is a global measurement used to indicate performances by countries in the following sectors: Government, Business, Media and NGO.

The launch of the survey was facilitated by Chain Reactions Nigeria, a leading vibrant Public Relations and Integrated Communications consulting firm, and the exclusive affiliate of Edelman in Nigeria. Edelman is the world’s largest global communications marketing firm with presence in 65 countries across the globe. 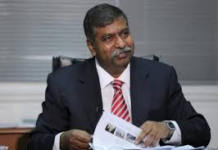 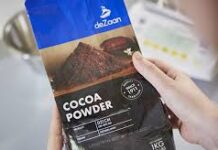 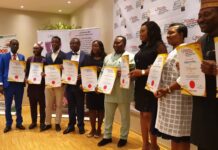