Efe has been declared the winner of the second edition of Big Brother Naija reality show.

Ejeba Michael Efe, was born 25th of February, popularly known as Efe hails from Delta state, but born and brought up in Jos, Plateau State, where he also completed his entire education(Primary, Secondary and University). He is a graduate of Economics. He is a recording and performing artiste, and has a unique style of pigin rap which not only makes one laugh but also has good groove. He is always so real, and dislikes fake people.

His musical interest kicked off from secondary school where he used to mime the likes of bone thugs and harmony, Eminem, 50 cent, Mi, Naeto C etc. This in turn triggered the music In him. So in 2010, he went to a studio in company of his friend and producer @duktorsett Duktor sett, who was also a starter like himself to record and from there, the name Efe came to life.

He Divided to leave Jos for Lagos with his friend, to come pursue his carrier which is music and make a living for himself, Last year, he launched an Extended Play(EP) album called “Lagos” shortly before the Big Brother Nigeria game came up. So watch out for Efe this year, as he will thrill you with good music. When you hear the phrase “based on Logistics”, you already know that it is an EFE signature slogan. Please do not forget to follow him on Instagram and Twitter: @efemoney.
Thanks.

EFE is a graduate in Economics from the University of Jos, he enjoys cooking and is confident his easy-flowing attitude will help him win over Housemates’ plots.
Please lets Support this amazing personality. Support by posting his picture all over social media #TeamEFE #efemoney #doktorsett #bbnaija

Efe moved to Lagos because it is “where it all happens’’ and worked his way up to earn recognition. A graduate in Economics, he enjoys cooking and is confident his easy-flowing attitude will help him win over Housemates’ plots.

Efe can hardly be ignored after his hit poetry with Bisola and he has attracted many fans as most people have named ‘The Realest’ on the show. 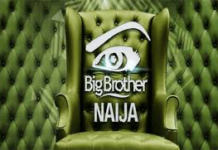 “I went to school because it was obligatory” – #BBNaija’s Efe