Home Oil & Energy Power Elumelu, Fashola, others commission Transcorp Power’s 115MW turbine in Delta State
Share on Facebook
Tweet on Twitter
WARRI—MINISTER of Power, Works and Housing, Mr. Babatunde Fashola, and Governor Ifeanyi Okowa of Delta State, were among dignitaries yesterday at the unveiling of a new 115MW, turbine by Transcorp Power Ughelli, Delta State. Chairman, Transcorp Group, Tony Elumelu, told guests at the unveiling that the feat meant a leap from the 160MW capacity inherited when Transcorp bought Ughelli Power in 2013 to 620MW.
He said: “Power remains very close to our heart, and so in 2013, we applied 100% for Ughelli Power. We are aiming to meet 815MW by end of the year and ultimately aiming to generate 25% of the country’s power generation output.” Speaking, Fashola noted that, “Feats, as we are witnessing today, put to bed some of the uninformed comments that stakeholders have not done anything.” He said the new scheme put in place by government to ensure prompt payment for every power put into the national grid and the interdependence of his ministry with the petroleum sector to deal with the challenges of availability of gas for generation, would enhance power distribution in the country. Governor Okowa, who was the special guest, unveiled the new 115MW turbine and charged stakeholders to ensure productive collaboration for improved generation and stable distribution of power to end users. 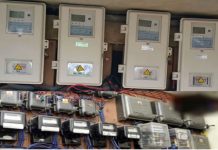 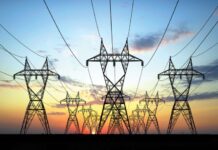 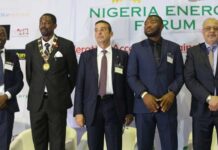 New York Times Adds Tech-Savvy Directors to Its Board