On the face of it, 2017 has the potential to be a tricky year for investors in emerging market corporate debt.The pro-growth agenda promised by new US president Donald Trump — based on tax-cutting and infrastructure-spending — raises the prospect of higher US interest rates, threatening to raise yields and lower prices of fixed-income assets.

If the prospect of a “Trump slump” on its own was not enough, the falling yields in emerging market corporate debt in recent years — which have reduced the spread over US Treasuries of dollar-denominated bonds to around 270 basis points from a cyclical high of 520bp a year ago — leave plenty of room for a reversal.

“When people are nervous about rising interest rates we tend to prefer the safety of the sovereign [debt] than the corporate, which by definition will be less liquid and more prone to selling off,” says Stuart Culverhouse, head of research at Exotix Partners, an emerging market-focused investment bank.

“We have seen a rash of [corporate] issuance. Some of the issuers that are less robust can fall over at the first opportunity.”

Jan Dehn, head of research at Ashmore, the emerging markets-focused asset manager, adds: “Emerging market corporates don’t offer as attractive an opportunity as they did a year or two ago,” following returns of 9.7 per cent for dollar debt last year, as measured by the JPMorgan CEMBI Broad Diversified index.

Mr Dehn points out that when it comes to the fallout from rising US inflation and interest rates, the market is already pricing in two or three rate rises this year, so it would take faster tightening than this to have any impact.

More broadly, Mr Dehn is among those who believe the Trump administration will struggle to push through a so-called border adjustment tax, which is imposed on imports, but not exports. If so, that may blow a hole in Mr Trump’s tax-raising plans, leaving him with less ammunition to finance a fiscal stimulus, potentially resulting in weaker-than-expected inflation and monetary tightening.

This lower inflation scenario could further help emerging market debt by undermining support for a stronger dollar. This is because a weaker US currency decreases the liabilities of foreign companies that have borrowed in dollars and potentially makes local currency debt more attractive to foreign buyers.

Victoria Harling, a portfolio manager at Investec Asset Management, argues that if inflation were to rise, emerging market corporate debt would fare better than most other fixed-income assets because it typically has relatively short duration.

There are also expectations that the difference in economic growth between emerging and developed markets — about 2.6 percentage points in emerging markets’ favour last year — will widen a fraction this year, helping buoy interest in all emerging market assets.

Mr Dehn expects the greatest opportunities to be in local currency-denominated emerging market corporate debt, an often overlooked category despite comprising $8tn of the $10.7tn in the overall asset class.

Local currency debt yields 8.2 per cent. A modest contraction in yield — combined with a 5 per cent rise in emerging market currencies due to the reversal of the dollar’s Trump rally — could push total returns as high as 16 per cent this year, he says.

In contrast, Ms Harling describes local currency corporate debt as a “highly unattractive asset class”, given that while sovereigns can print money to service their debt, companies cannot. The yield gap between the two is insufficient to compensate for this, she argues.

Ms Harling also views high-yield dollar-denominated corporate debt — currently returning 6.3 per cent on average — as expensive compared with investment-grade paper at 4.2 per cent. This has led Investec to cut its exposure to the higher-risk segment.

“Single-B [rated credits] are pretty much priced to perfection. They are not pricing in any chance of a downturn,” she says, referencing the likes of Rusal, the Russian aluminium producer, which sold a five-year bond at a yield of 5.1 per cent in January.

“I have seen this train smash many times, so we simply pass on that and wait for it to reprice. It doesn’t seem like it’s going to be this year,” Ms Harling adds. 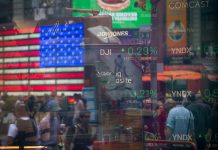 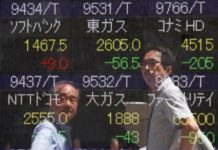 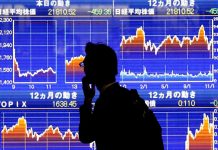