Sir, Many local and foreign investors share the views expressed by David Pilling in Nigeria’s president is missing in action” (February 9), and often we agree with every word he writes, but we think there are chinks of light.

Policy change may be slow but the technocrats in government whom we met again in Abuja this week would be a credit to any government. There is not the human capital at every layer of federal (let alone state or local) government to enact their policies quickly. Yet Nigeria will, for example, demonstrate Ease of Doing Business improvements in 2017. And the success against Boko Haram may have saved Nigeria from an existential crisis.

Council on Foreign Relations data show that deaths caused by those terrorists plunged from 8,246 in 2015 to 1,001 in 2016. Yes, oil sabotage did flare up in 2016, but that now appears to be in abeyance as the government has reached out to the militants. We were told that oil production has doubled to 1.8m bpd from the 2016 lowest point of 0.9m bpd.

Sadly, the anti-corruption fight has indeed been offset by opaque currency policies, but here, too, some credible officials we saw do promise improvement in 2017. Meanwhile even adjusted for demographics, the negative shock to Nigeria’s gross domestic product was no worse than that experienced by commodity- exporting Russia or Brazil over recent years.

We think Nigeria has been through worse times than this and, unlike others from Venezuela to Zimbabwe, the population can vote for change if too little improves by 2019. 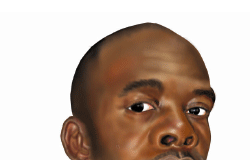 Nigeria And Its Absentee President By Elias Ozikpu