Let me begin on a lighter mode by sharing here what I observed this morning while driving to pick something up at Oshodi. I noticed that since the day a protest to be led by Tuface was announced, my car radio had blared songs by Tuface on random stations as I always scanned while driving. Most of the songs were lyrics like “Oya come make we go…”; “…the power is nothing, if your people can’t get quality education…if your people keep dying of disease and starvation…” among other categorized oldies that had printed Mr. Tuface’s name on many minds as a man of the masses.

However, after Tuface announced the “cancellation” of the protest online yesterday, as I randomly tuned radio stations for Sunday morning praise songs from any station that cared to give, I heard converse lyrics being played from Tuface’s collection, prominent among which is “my brother na your eye go sharpen because e be like say e don dey happen…”.

It didn’t register immediately until I followed the track to the point “…nobody wan die but they wan go heaven”.

Immediately when the announcement of the “cancellation” was made by Mr. Idibia yesterday, it reminded me of how “unforgiving” Nigerians can be, especially as the NLC still bleeds from integrity haemorrhage for pulling out of the OccupyNigeria protest after “someone-who-is-closer-to-someone” was sent to “talk to” the leaders and arranged a meeting, the type that is usually regarded as “closed door” in the media.

Mr. Idibia is Innocent of two critical facts: first, that you either focus on your musical career as a love-singer or become a musical activist, the likes of Fela Anikulapo Kuti, Bob Marley and so on; secondly, that Nigerians are very unforgiving such that the moment you “eff up”, you may not heal forever.

With a sigh, I stay civil and believe that Mr. Idibia remains Innocent until proven guilty, although a contemporary usage of this parlance with Nigerians now is that you are “guilty until proven innocent”.

Although the artist Tuface has been around the scene for a while with the “wish” to see a good country, Nigeria. These wishes were often reflected in some of his old and recent lyrics. But these wishes are not as good as a horse to ride. Millions of Nigerians have these same wishes too, but there’s just a huge wall of hinderance between their wishes and achieving it. This wall requires mass actions to pull down, which making songs in the studio will not do. I sincerely appreciate Mr. Tuface’s attempt to step in the terrain, even though he had to step back without yet getting close to the fire at the eleventh hour. But getting in the fire is what activists do, which most citizens don’t even appreciate!

I first thought 2baba wanted to finally take the bold step to be “Fela”, by adding action to the wish when he announced the protest, but he turned out to be metaphor of what Fela sang in his evergreen lyric “I nor wan die, I nor wan wound…I get baby mamas…I don build houses…I wan enjoy..”

An important advice to other celebrities who are still ignorant of what comes with the terrain is that the moment you decide to sing for love, stick to the studio. But if you want to be like revolutionary artists, zero your mind from deals and offers of government. If you doubt it, ask Eedris Abdulkareem how he went down after “Nigeria jaga-jaga”.

Although Eedris thought he would bounce back after Obasanjo leaves office, but we have had the third President since Obasanjo left with Eedris still unable to find his feet back easily.

Similarly, when artists attach themselves with any particular government official, they dry up the moment the official leaves office. Examples are hanging there in your memory, and even without racking your brain, you will still remember the Koko Master.

Same for journalists: the moment you dedicate your writing to supporting any particular person in government, you leave your career hanging; as soon as that person leaves office, you leave your own career, too. Brother Reuben Abati and others are now hanging loosely around, their pens dried up and their pencils are no longer as sharp.

Celebrity Versus Activism: The Dichotomy

This is a time to begin appreciating and supporting activists who have been ignoring threats, calls and pressures to back-off in the past, especially given the history of protesting unpopular government policies in Nigeria. Celebrity life is just as easy as: you enter the studio; mix the sound with a “wicked producer”; “para” on the beat; massage the ego of a sponsor; collect money; travel go obodo oyinbo; patronize new governor and aim for a private jet; go to Shoprite and everybody wants selfie with you…and so on and so “fun”.

The symbolism of Tuface’s withdrawal from the February 6th protest is testament to the rigor of organizing and sustaining a protest by activists.

Now that the celebrity has left the kitchen, let those who have the fervor and original “para” for good governance take the stage. Tuface has pulled out, but the protest is still sacrosanct. The reasons for calling the protest in the first place, which range from devastating hunger, economic recession and resultant human depression, one-sided anti-corruption policy, worsening corruption and punishment of the hoi poloi, and so on have still not been solved by Tuface’s withdrawal from the protest.

If the protest cancels out or continues as scheduled, we will be setting a significant precedent either way.

If it fails to hold, we are setting a dangerous precedent that “once they call the face of the protest to order or threaten them, everybody sits at home and the protest is over without holding”. But if we go ahead and still hold the protest, we are sending a signal that Nigerians know what they want, regardless of whether the leader is called or not to “order”.

Hence, let the Yemi, Effiong, Hassan, John, Japhet, Damilola, Oladimeji and other Nigerians who truly feel the pains of hardship in the midst of plenty come out to speak their minds as we march on February 6th. National Stadium in Surulere is the converging point in Lagos at 8.00am; Unity Fountain is the address in Abuja and time is 9.00am for the Abuja residents. 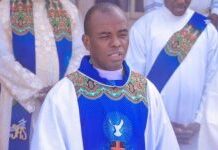 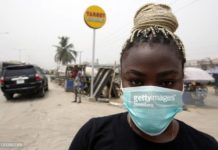 Mele Kyari and NNPC: One Year After