Facebook CEO Mark Zuckerberg coughed up the price discrepancy Tuesday during a Texas courtroom deposition, according to on-site reports and tweets from The New York Times, Gizmodo and others.

The extra billion went to cover retention bonuses ($700 million) and other incentives ($300 million). At the time of purchase, Facebook reported a $2 billion purchase price in an agreement that also provided for “an additional $300 million earn-out in cash and stock based on the achievement of certain milestones.”

Zuckerberg bought Oculus, which then 19-year-old Luckey launched on Kickstarter in 2012, not long after demoing the headset. Zuckerberg has touted that virtual reality will be the future of online social interactions.

Palmer Luckey, founder and creator of Oculus Rift, shown here in 2014 shortly before he sold the company to Facebook for $2 billion. (Photo: Jefferson Graham, USA TODAY)

Also in court were Luckey and Brendan Iribe, Oculus’ former CEO who stepped down in December in order to run a PC-focused VR division within the company.

Zuckerberg is in a Dallas courtroom to defend his company against accusations by ZeniMax Media, owner of game-developer Id Software, of “misappropriation of our Virtual Reality (VR) intellectual property,” according to a company statement. “That evidence includes the theft of trade secrets and highly confidential information, including computer code.”

Oculus Rift VR is big hit in my house

The lawsuit stems from the fact that in April 2012, ZemiMax engineer and VR pioneer John Carmack, who left Id Software in 2013 to join Oculus, was given permission by ZeniMax to help refine Luckey’s collegiate VR experiment using ZeniMax’s intellectual property.

ZeniMax says it had Luckey sign a non-disclosure agreement as the two companies continued to collaborate. ZeniMax officials, including Carmack, then unveiled their VR technology at the E3 show in Los Angeles in June 2012, featuring a heavily modified version of Luckey’s Oculus Rift goggles.

Mark Zuckerberg dons an Oculus Rift at Connect to interact in VR with two other colleagues. (Photo: Oculus)

Buoyed by the reaction at E3, Luckey sought to commercialize his product.

ZeniMax, leaning on the signed NDA, claims it sought to establish an agreement by which it could benefit financially from Oculus Rift’s commercial potential, but Luckey “became increasingly evasive and uncooperative.”

ZeniMax did not respond to a request for comment.

“We’re disappointed that another company is using wasteful litigation to attempt to take credit for technology that it did not have the vision, expertise, or patience to build,” Facebook spokesperson Tera Randall said in an email to USA TODAY.

Since Facebook bought Oculus, virtual reality gear has rocketed from being a bulky, often nauseating novelty device to an anchor product for a range of companies.

Google has pushed into VR with its Daydream platform and viewer, which, like Samsung’s Gear VR, uses a smartphone to project users into a realm where projected objects feel real. AR devices, such as Microsoft’s HoloLens and the work being done by secretive Florida company Magic Leap, allow users to see the real world while it is overlaid with interactive holograms.

Industry advisors Digi-Captial have long projected that VR/AR would be a $120 billion business by 2020, but in a recent downward revision now expect AR to hit $83 billion while virtual VR will take $25 billion of that pie. In previous projections, Digi-Capital had estimated the size of the combined market to be $150 billion.

The shrinking market size is due in part to the boom in mobile VR, which only requires an existing smartphone as opposed to pricey computer-tethered products such as Oculus and HTC Vive.

Regardless of the sluggish pace of AR/VR adoption, Facebook sees virtual reality as integral to its long-term vision, and Zuckerberg summed up its aims again on the stand, saying it could be a kind of “perfect representation” that allowed users to capture their moments.

Anyone familiar with the testy portrayal of Zuckerberg in the 2010 film The Social Network would recognize some of that personality in the CEO’s other court testimony.

When asked if it was common for competitors to claim intellectual property infringement after Facebook made a big acquisition, New York Times reporter Mike Isaac tweeted that Zuckerberg responded: “Like most people in the court, I’ve never even heard of ZeniMax before. I know that our legal team would look into this and examine this, but they aren’t going to take a lot of my time on something that they don’t think is credible.”

Gizmodo’s William Turton tweeted that ZeniMax’s lawyer asked Zuckerberg, “‘If I steal a bike, paint it and put a bell on it, does that make it my bike?’ Zuck scoffs, ‘no.'”

The court then put a ban on live tweeting. 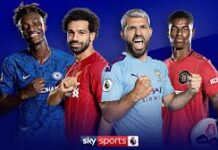 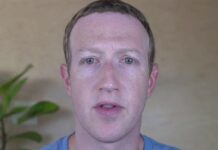 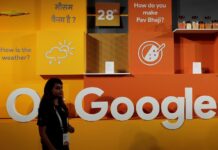