Ahead of Vice President Yemi Osinbajo-led Government delegation to the Niger Delta, youths of the region have drawn up a 22point demand saying if granted would spawn lasting peace in the region.

The Monday delegation visit is another attempt by the Nigerian government to broker peace in the region ravaged by oil spillage and pipeline vandalism.

The youth’s demands were contained in separate statements issued by the Ijaw Youth Council and the Urhobo Youth Leaders Association.

In the 22-point demand, the groups unanimously called for the release of detained activists and ex-militants.

They also pledged their support for the Chief Edwin Clark-led Pan Niger Delta Forum to negotiate between the people of the region and the Federal Government to ensure sustainable peace in the region.

The IYC statement reads in part; “Ahead of Vice-President Yemi Osinbajo’s visit to the Niger Delta starting from Oporoza in Gbaramatu Kingdom of Delta State on Monday, January 16, 2017, the Ijaw Youth Council has called on the Federal Government to release all the Niger Delta activists and ex-agitators in detention without trial.

“The IYC believes that releasing those in illegal Federal Government’s detention would be evidence of the government’s sincerity to peacefully resolve the Niger Delta crisis. Several Niger Delta activists and ex-agitators, including Bounanawei Smith, Ezekiel Daniel, Alex Odogu, Aboy Muturu, Monday Ebimene, Churchill Oghoneye and others, are in different military detention centres without trial.”

AlsocCalling for the demilitarization of the region, the IYC noted that the Niger Delta people couldn’t meaningfully dialogue with the Nigerian Government in the face of intimidation, arrests and militarisation in the region,

In the same vein, UYLA, while thanking the Federal Government for initiating the visit, called for true fiscal federalism as well as an increase in derivation benefit to the region from 13 to 50 per cent within every period of five years.

The group also demanded an urgent repeal of all unjust and oppressive legislation, laws, policies that vested ownership and control of oil and gas resources in the country on the Federal Government.

Attacks by militants on pipelines in the oil-rich Niger Delta contributed to the crash in oil sales, which is Nigeria’s major source of revenue.

Militants in the region have pledged to continue such attacks until their voices and demands are heard and attended to by the government. 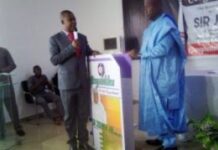 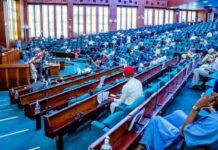 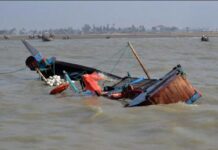