President Ouattara says he reached a deal with soldiers
Cocoa futures fall most in a month, reversing last week’s gain

Cocoa futures slid the most in a month in London after negotiations ended a two-day army mutiny that had paralyzed several cities in Ivory Coast, the world’s largest producer.

Following an extraordinary cabinet meeting on Saturday, President Alassane Ouattara said he’d reached an agreement with soldiers who had blocked roads in the central city of Bouake in Daloa, one of the biggest cocoa areas, and the commercial capital of Abidjan. Protests began Friday over demands for higher wages, payment of bonuses and better living conditions.

The unrest supported cocoa prices Friday, taking last week’s gains to 5.1 percent, the biggest for a most-active contract since August. It also brought back memories of the 2011 civil war, when futures in London surged more than 20 percent in the first three months of the year and an export ban was imposed on the beans used to make chocolate.

“The market was shaken by the Ivorian unrest Friday,” Micky Donovan, a broker at Sucden Financial Ltd. in London, said by e-mail Monday, adding that the event ended without causing major disruptions. “The market is still fundamentally bearish.”
Cocoa Prices

Barricades have been lifted and access roads to most cities reopened, according to residents. A spokesman for the soldiers said they were satisfied with the deal, Agence France-Presse reported on Sunday.

“Calm has been restored, people are going about their business again,” Benoit Koffi, a Bouake resident, said by phone Sunday. “There’s no gunfire anymore.” 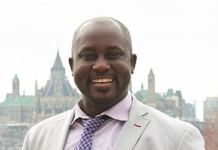