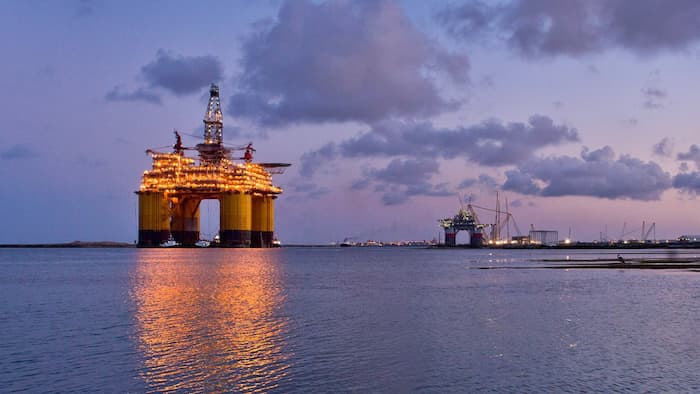 As oil investors analysed market gyrations in response to the US election victory of Donald Trump, attention turned to his US domestic energy policies and the country’s relations with some of the world’s biggest oil producers.

His proposals until now have been scant of details. But at a glance his energy agenda is the antithesis of the current administration’s as well as his opposition candidate’s that favoured cleaner fuels, said analysts at JBC Energy.

“Mr Trump has vowed to lead a fossil fuel revival to underpin job growth and has also put man-made climate change denial at the forefront of his energy policy,” they said.

On the campaign trail Mr Trump lauded a so-called “drill-baby-drill” policy of pursuing US energy independence, backing the opening up of all federal lands and waters to fossil fuel production including hydraulic fracturing. He has made sweeping promises to unleash what he argues are tens of trillions of dollars in untapped oil, and natural gas reserves.

Of late the conversation around US energy policy has been overwhelmingly focused on climate change, but it is likely to shift more towards energy security and affordability as part of a broader economic programme that focuses on growth and tax cuts.

As yet, however, it is unclear how far reaching Mr Trump’s energy reforms will be and how quickly he can enact change as he faces hefty institutional constraints.

Internationally, the industry is likely to zero in on Mr Trump’s opposition to the Iranian nuclear deal. The easing of sanctions on Iran in January has allowed for greater exports from the Opec producer, while this week the first major agreement was signed between a large western oil company and Tehran.

“There is a real risk that he refuses to certify Iranian compliance, likely resulting in extraterritorial congressional sanctions snapping back, which could curb the enthusiasm of foreign companies,” said Helima Croft, global head of commodity strategy, at RBC Capital Markets.

Mr Trump’s desire to pursue better relations with Russia could lead to a loosening of US Treasury sanctions that have curbed investment in the country’s energy sector, including preventing the transfer of technology for developing its resources in the Arctic.

On Wednesday global crude benchmarks initially dropped in line with a wave of risk aversion crashing over markets but they staged a recovery by afternoon trading in London.

Brent crude, the international marker, dropped as much as 3.6 per cent to its lowest level since August, hitting $44.40 a barrel. It later rebounded to just around $46 a barrel. The US benchmark West Texas Intermediate fell more than 4 per cent to a low of $43.07 a barrel, before edging higher to $44.71 a barrel.

Pharma and oil groups receive a boost, but investors sell carmakers and renewables

In the lead up to election day in the US, the oil market was focused on the likelihood of a supply deal among the members of Opec as they seek to boost prices after a protracted crude market downturn that is in its second year.

But since hitting a year-high of $53.73 a barrel in early October, shortly after Opec reached a provisional agreement to cut oil production and try and speed the rebalancing of a heavily oversupplied market, oil prices have fallen more than 15 per cent.

Hedge funds and other investors have been losing faith in Opec’s ability to secure the deal, however, with members such as Iraq raising objections over how their production is assessed, while Nigeria and Libya’s strife-hit output has recovered in recent weeks.

Wayne Gordon, a commodity and currency strategist at UBS in Singapore, said Mr Trump’s victory and a possible period of risk aversion in commodities could pave the way for an agreement.

“[The] drop in oil prices — and broader economic uncertainty — may actually force greater co-ordination in Opec ahead of their meeting later this month. This may make it more likely that they formulate a deal.”