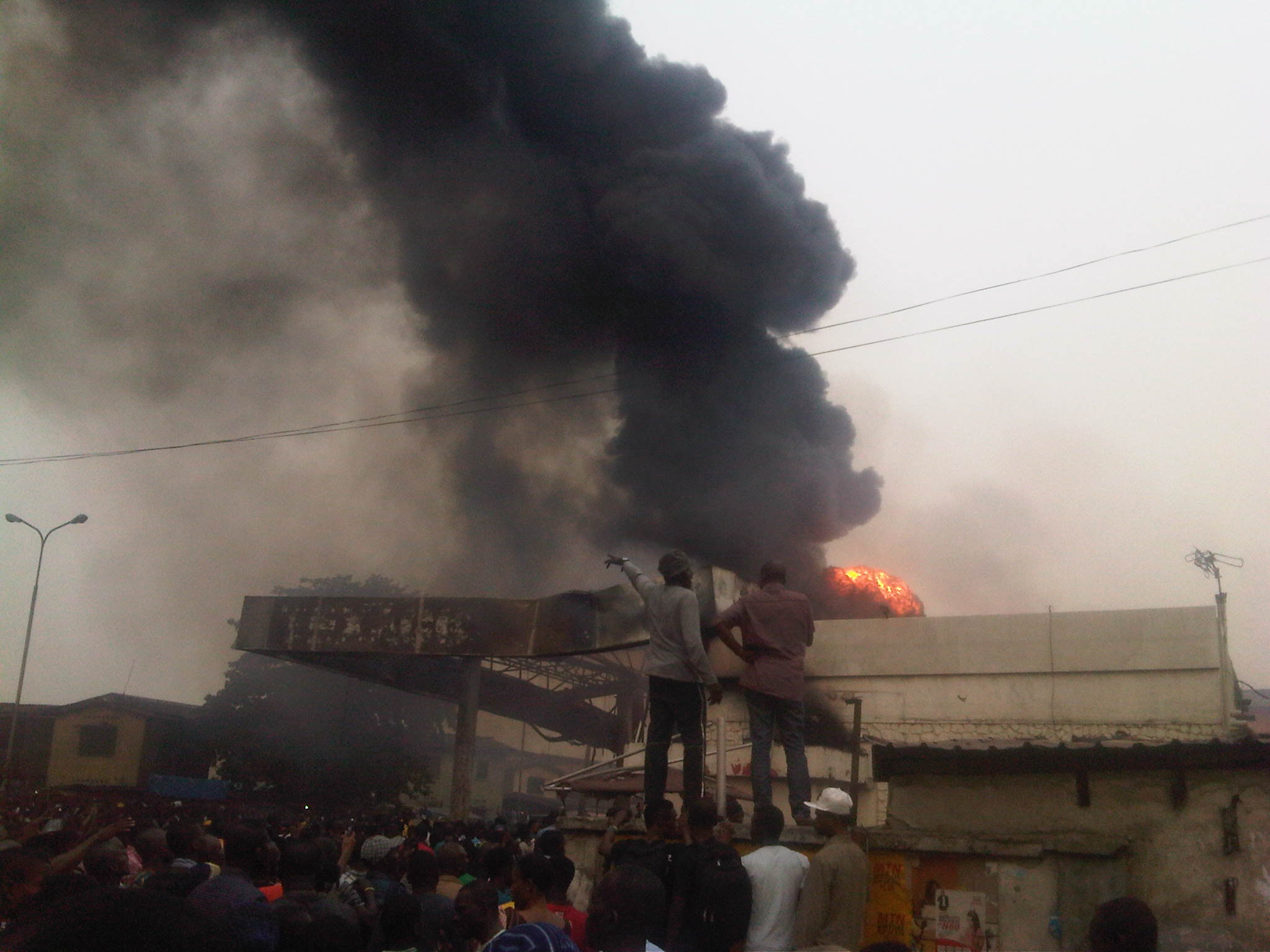 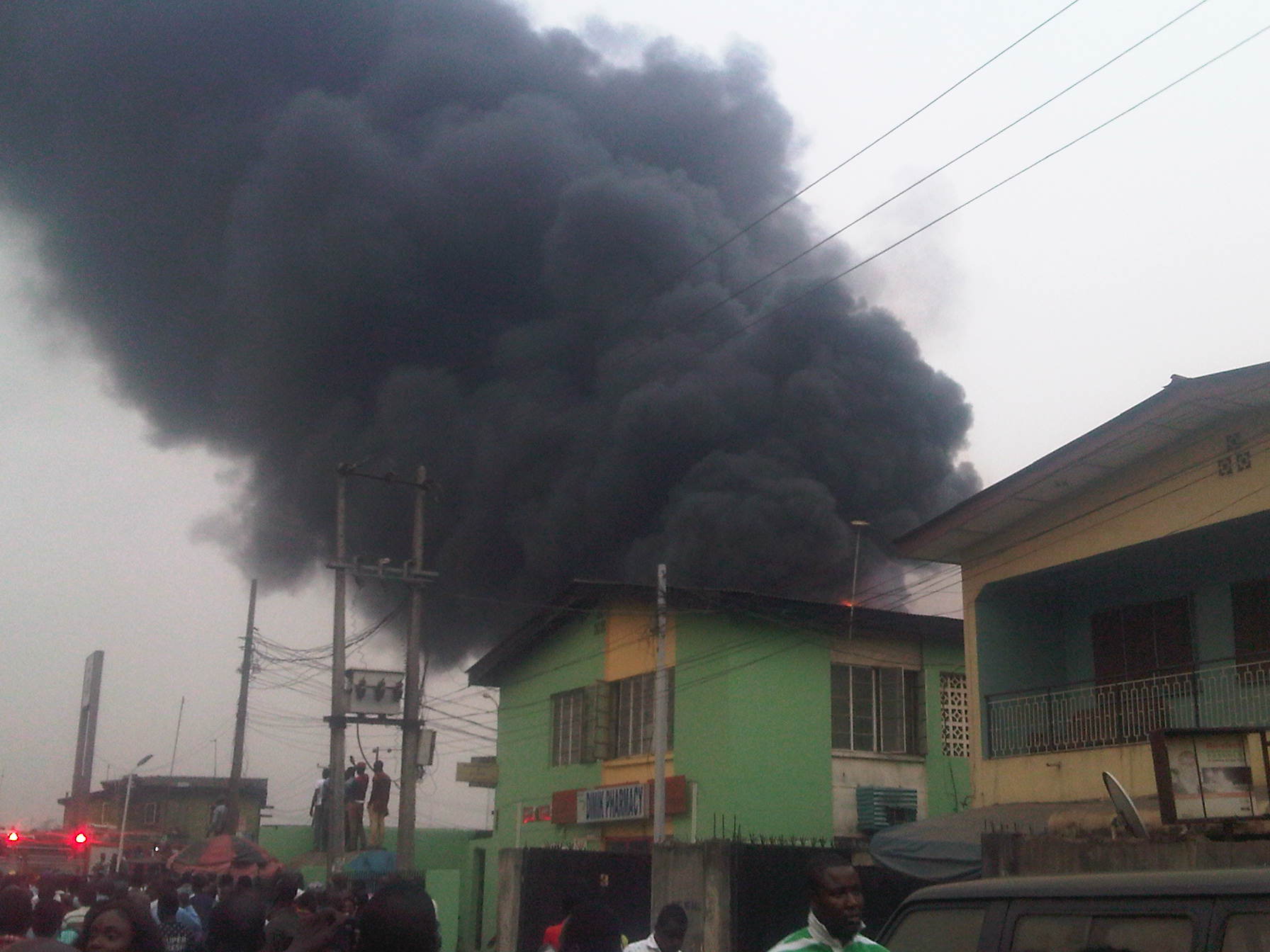 MRS LAWANSON FILLING STATION ENGULFED BY FIRE.
Our correspondent gathered that the fire started as a result of the use of life-wire while trying to off load the fuel from the tanker around 5.pm yesterday.
The fire engulfed MRS Filling Station, four vehicles, a storey building beside it as well as parts of shop in front of it.
Traders opposite the filling station counted losses as some of their goods on display were burnt.
One of the eye witness who identified herself as Bose said “the fire finally stopped around 8pm, everybody had to be pouring out water and detergent mixed together in order to avert the fire from spreading more”.
“Area boys used the opportunity to steal away traders’ goods and money; my sister’s money way stolen when she ran away from the shop, some shops were also hijacked”. She said.
“No life was lost but one of the staff sustained injury and has since been taken to the hospital” she added.
Another Eye witness, Mr. Johnson blamed the fire incident on nonchalant attitude towards smokers and improper maintenance of fire extinguisher by some filling Stations.
Similarly, Mrs Bolanle, a resident of Lawanson said “we need to commend Lagos State Fire Services they responded all the way from Ikeja with more than four vehicles to quench the fire but the Federal Fire Service who are stationed at Barracks, the closest fire station to Lawanson could not respond. Federal Government needs to see to this”.