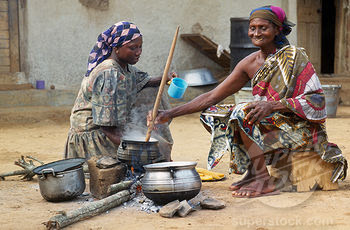 According to BBC, a Kenyan men’s lobby group has called for a six-day food boycott to highlight what it says is increasing domestic violence against men. The organisation, Maendeleo Ya Wanaume, wants Kenyan men to stop eating meals cooked at home by wives and partners.
It says men should instead eat together outside the home, and share experiences of emotional and physical abuse. Kenya’s government does not take domestic violence against men seriously and may be fuelling it, the group says.
Maendeleo Ya Wanaume’s leader Ndiritu Njoka told the BBC’s Network Africa programme that he called for the nationwide boycott to try to stop women beating up or emotionally abusing their husbands and spouses.
Most meals in Kenyan homes are cooked by women – and culturally it is important for men to eat at home in order to show their appreciation for women. Maendeleo Ya Wanaume – which means Development for Men – was set up to try to encourage men to speak out in a society that often ridicules as weak, men who are subjected to domestic violence.
The group says the problem is growing as Kenyan women become more economically independent – in part, it says, because of government initiatives to improve the status of women.
Last year, the group conducted its own survey of Central and Nairobi provinces and found that up to 460,000 men said they had been subjected to some sort of domestic abuse.
These figures have not been independently confirmed, BBC stated. The two provinces have a combined population of more than seven million people.

Nigeria moves to silent mosques’ call to prayer over loudspeakers