Home Movies Nollywood Mercy Johnson under pressure: Husband’s family want a child.
Share on Facebook
Tweet on Twitter
This is certainly not the best of time for top Nollywood actress, Mercy Johnson, as she is presently being put under pressure by families of her husband, Prince Odi Okojie.The actress, who had a turbulent wedding saga before her eventual wedding onAugust 27, 2011, was reportedly summoned some weeks ago by her hubby’s family, as an insider source divulged.You will recall that in October last year, this writer exclusively reported that Mercy J, as Mercy Johnson is fondly called, was pregnant. Though the story was true but events changed things. According to a close source to the actress, Mercy has been asked questions by family members of Prince Odi on why she has delayed in giving them the fruit of marriage after their being married since last year.Though her hubby, Prince Odi is said to be suppressing pressures being mounted on his wife by his family members, but the source confessed that there might be a limit Odi cannot go further on the issue, taking note of his people’s culture and tradition.“You know that in Edo culture, the man’s family has a lot of say in their lives, especially on marriage matters,” the source said.We learnt that at the meeting, Prince Odi was pleading with his family members to be patient with his wife, saying there was nothing wrong with her. We were also told that Prince Odi told his family that her wife’s job was a demanding one, that she only needs their supports.Mercy Johnson married Prince Odi Okojie in August 2011, after much troubles from one Lovelyn Okojie, who claimed was still legally married to Prince Odi with two kids as at that time.
NF.com 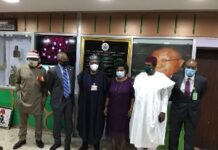 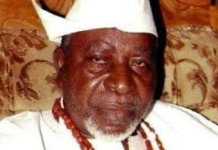 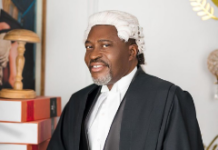 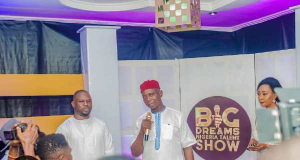