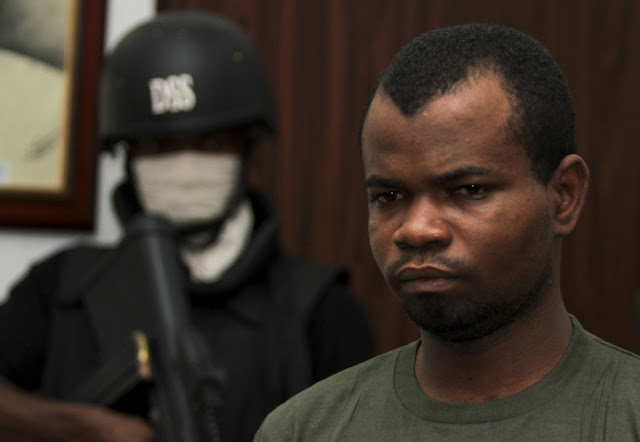 Detained Boko Haram bomber, Kabiru Sokoto, has opened up to his investigators that top police officers actually aided his escape from their custody based on an “arrangement” between their in-house contact and his leaders.

According to Nigeria Tribune on Saturday, Kabiru denied that he escaped from custody but that he was actually released by the police based on an alleged arrangement made with them by the top echelon of the sect with their contact in the police.
The suspect, it was learnt, alleged that the police facilitated his initial escape to a location in Toto, before he moved to Taraba State, where he had planned to flee to neighbouring Republic of Cameroun before he was caught.
It was further learnt that following the suspect’s revelation, the SSS reportedly marked one of the said top police officers and others down for further interrogation with a view to unraveling those behind the purported escape within and outside the police.
A very senior officer in the service told Nigeria Tribune in confidence that Kabiru Sokoto was cooperating with his interrogators which, he said at the end of the day, would assist in no small way in unraveling the mystery behind the activities of the sect in the country.