Former governor of Lagos State and National Leader of the Action Congress of Nigeria (ACN), Asiwaju Bola Tinubu, has described the appointment of Mallam Nuhu Ribadu as the chairman of the Presidential Task Force on Petroleum Revenue as an insult.
Speaking with journalist after his return from abroad, Tinubu said: “I do not want to take this issue from the point of view of the insult it has engendered for our party – the ACN – because it is a great insult indeed; rather, I want to see it as a deep insult because Nuhu Ribadu ran for the office of the president of Nigeria against President Goodluck Jonathan. I will not talk about their capacity; I will not talk about their reputation, because Nigerians have chosen the president of their choice”.
“I think the government should have written a letter to our party that they need Ribadu to serve in the administration, based on his experience. That is the way to do things, if the government is going to talk to Nuhu Ribadu too, government should have told the ACN that they have discussed with Ribadu.”
The former governor noted that the Peoples Democratic Party-led administration was wrong to have poached the ACN presidential candidate for appointment. He said: “The first error of the PDP administration is to poach, using the Minister of Petroleum Affairs to announce the appointment of Ribadu. This action is very repulsive and insulting, and shows where the PDP government is, in terms of their capacity”.
“In Nigeria, our leadership is yet to attain that pedestal of intellectual inquisitive analysis; our intellectual inquisitiveness is being challenged here. Why should it be the minister to announce the appointment of Ribadu when there is currently an inquiry currently going in the House of Representatives on the activities of the oil and gas sector? “.
So, the government wants to cover and preempt any fallout of the probe and investigation… They are now using a proxy committee.” 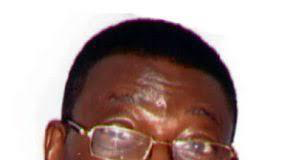