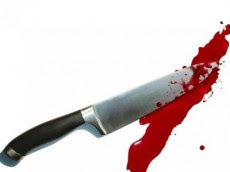 A 52-year old Lebanese, Habeeb Haschem, was yesterday murdered in his room at Palace Chinese Resataurant, fornerly known as Sizzler Palace on 72, Kofo Abayomi, off Ibikunle Akintoye Street, Apapa, Lagos.
According to P.M.NEWS Haschem was seen with his girlfriend identified as Precious Tochuckwu yesteday evening. The deceased corpse was discovered by his friend called Naji at about 9.30 p. m. yesterday.
The deceased was stabbed all over his body and he had tooth bite on his cheek, and beside him was a knife allegedly used to kill him.
An identity card of his girlfriend, Preciouswas also seen in his room.
Eyewitnesses told P.M.NEWS that policemen from Area ‘B’ Command arrived the restaurant last night to investigate the incident before an ambulance took the corpse of the Lebanese away.
The corpse of the deceased has been deposited at the Eko Hospital.
Police are on the trail of the fleeing girlfriend. The motive for the murder of Haschem could not be ascertained immediately.

Divisional Police Officer at Apapa Divisional Headquarters, CSP Mu’azu Mohammed and his men were seen at the scene carrying out investigation.

Collaborate With FG to Fund Bill that Will Criminalize Drug Offenders,...