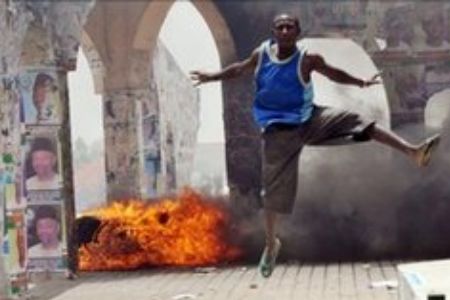 A spokesman says gunmen have attacked a federal prison in Nigeria, freeing inmates during a gun battle in an attack similar to one carried out in 2010 by a radical Islamist sect.
Nigeria Prisons Service spokesman Kayode Odeyemitold The Associated Press on Thursday the attack occurred in Koton-Karifi, a town in Kogi state just south of the nation’s central capital of Abuja. Odeyemi said gunmen attacked the prison Wednesday night.
Odeyemi had no other details about the attack, though it appeared all the prisoners there fled.

The attack comes after a sect known as Boko Haram launched a massive prison break in Bauchi state in September 2010 that freed about 700 inmates there. No one has claimed responsibility yet for Wednesday’s attack.
Another prison official Hadijha Aminu told BBC a large number of men with weapons stormed the prison, but details of the attack were still sketchy.
But she said the authorities did not believe it was the work of Boko Haram, the Islamist group behind a massive jailbreak in 2010 in Bauchi state.

Wizkid joins Chris Brown on his “One Hell of a Nite”...