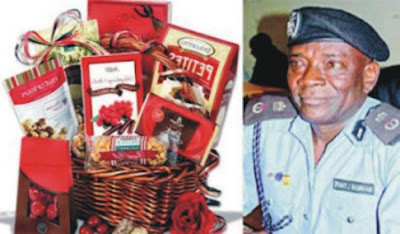 A thief, who believed he must show love to his lover on Valentine’s Day by any means possible, has been burnt to death by an irate mob in Warri, Delta State.

The Valentine lover was lynched and burnt to death by…
the mob after his failed attempt to steal gift items he intended to present to his lover from a boutique in Udu area of the State.
The deceased was reported to have stolen some clothes from a roadside boutique along Orhurunwho Road near Warri, but was not lucky as the shop owner raised an alarm when he attempted to escape.

It was gathered that the deceased had gone to the boutique pretending to be shopping for his girlfriend for the Valentine’s Day when he suddenly brought out a gun to intimidate both the shop owner and her sales girl.

He was, however, given a hot chase as he stepped out of the shop after picking the few items in a bag and the shop owner (a lady), raised an alarm, which attracted her neighbours.

The robber lover, however, remained unrelenting as he shot into the air when it became obvious that those chasing him were catching up with him. The gunshot that was meant to create panic did not yield its desired result as those chasing after him intensified the hot chase.

He was later caught with a bag containing female clothes and about five pairs of jeans, which he said he stole as valentine gifts for his girlfriend since he could not afford to buy.

The incident, which happened about 6:30 p.m., caused heavy traffic gridlock along the road where hundreds of residents thronged to catch a glimpse of the deceased.

Reacting to the incident, the state police chief, Mamman Tsafe, said there was no need for people to take laws into their hands, stressing that the police are on top of security situation in the State.