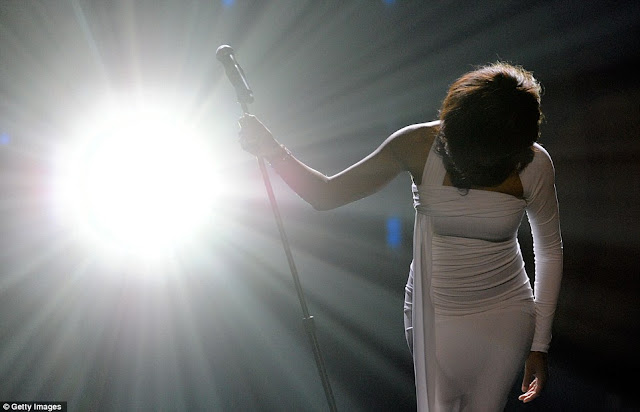 Fans who were hoping to bid their final goodbyes to one of the most amazing vocalists of our generation, were left disappointed after it was announced that there will not be a public memorial at the Prudential Center in Newark, NJ.
According to city mayor Cory Booker, plans have not materialized to pay homage to Whitney Houston because her family simply did not want one.
“The Houston family has no plans to set up a public viewing at the Prudential Center this Friday. In compliance with the family’s wishes, the city is not moving forward with any public ceremony.”
Houston’s funeral is still set to take place this Saturday [Feb. 18] at New Hope Baptist Church and it is rumored that the service is invite only.
I feel it’s a disservice to Whitney’s memory to not have a public memorial.
Whitney loved her fans, her work, and her fans are mourning and should be given that one moment in time to remember one of the greatest.