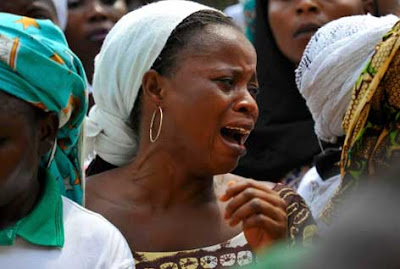 More shocking revelations are being made into the the activities of the dreaded Islamic sect, Boko Haram, by its captured spokesman who’s in custody of the State Security Service, Abu Qaqa.
During interrogation it was revealed that leaders of the…
group usually give out innocent wives of their members who embark on suicide bomber mission to themselves and others under the pretext of protecting them from attacks.
Most of the woman who do not have a say in their late husbands activities are also said to be too scared to
challenge the decision.
In the words of Abu Qaqa: “The leadership also shares out the wives of those killed the way he wants and marries some in the name of giving them protection“.
For instance, he is said to be married to one of late Mohammed Yusuf’s wives.
“Everyone lives in fear, more of the leadership of the group, than security agencies. For instance, I never for once believed I would be arrested. I thought I was invincible. But now I have realised that if I could be arrested, if Abdullahi Damasak, the spiritual adviser, could disappear (arrested), then it’s a matter of time before everyone is caught,” Qaqa is reported to have said.
Join Naija247news Alerts on Telegram