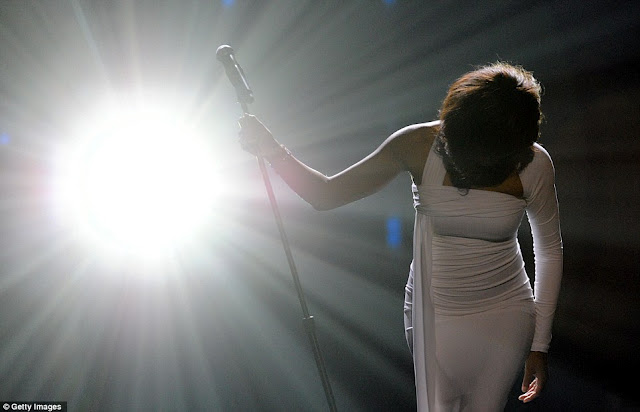 The funeral of Whitney Houston has been tentatively scheduled for Friday at the Prudential Center in Newark, according to a local community leader with ties to the family.
The family has not yet disclosed the funeral plans other than to say it will be in Newark, where Houston was born.
The arena, which seats more than 18,500 people, represents the largest indoor venue in Newark and could accommodate far greater crowds than the New Hope Baptist Church, the red brick house of worship that served as Houston’s childhood church.
The source declined to be identified because he was not authorized to speak for the family.
If plans proceed as expected, the service would take the route of Michael Jackson’s 2009 public memorial service at the Staples Center in Los Angeles, which brought out tens of thousands to bid the pop icon’s final farewell in a star-packed event that included appearances by Stevie Wonder, Lionel Richie, Mariah Carey, Usher, Kobe Bryant and Magic Johnson.

But what most people remember from the Jackson service was the tearful goodbye from his little-seen daughter, Paris, who told the crowd, “Ever since I was born, Daddy has been the best father you can ever imagine. And I just wanted to say I love him so much.”