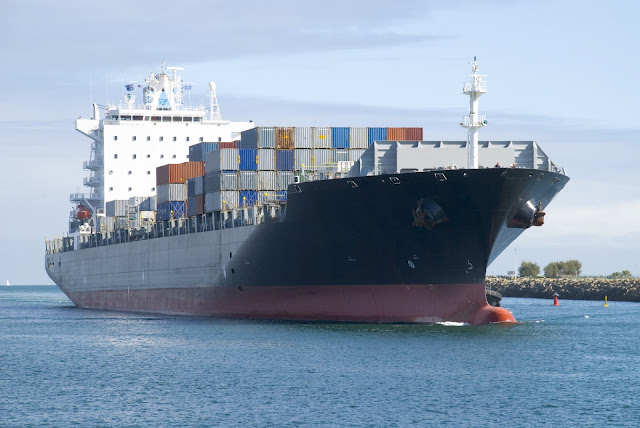 Pirates have attacked a cargo ship off Nigeria’s coast and shot dead its captain and chief engineer, a piracy monitoring official said. The attack occurred early Monday morning, about 110 nautical miles south of Lagos, Cyrus Mody of the International Maritime Bureau said, as cited by AP.

Both the captain and chief engineer were shot dead during a continuous firefight, the official said. He offered no details, while Nigerian officials have yet to confirm the information. Piracy in the Gulf of Guinea has escalated in recent times.

LAGOS, Nigeria (AP) — Pirates off Nigeria’s coast attacked a cargo ship early Monday, shooting dead its captain and chief engineer in the increasingly dangerous waters for shippers, an official said.
The killings come as another ship nearby was attacked this weekend and pirates hijacked a tanker ship off the coast of neighboring Benin on Thursday, the International Maritime Bureau said.
Monday’s attack happened about 110 nautical miles (126 miles) from the coast of Lagos, Nigeria’s commercial capital and home to the nation’s biggest shipping port. Most of those onboard the unidentified cargo ship fled into a secured room as a gunfight raged, while those on the bridge remained at their posts, the piracy monitoring group said.
The captain and chief engineer died of their wounds as the pirates sprayed the ship with gunfire, said Cyrus Mody, an official at the bureau.
Mody said the bureau had yet to receive additional information about the ship and its crew, though they did contact authorities in Nigeria. A spokesman for Nigeria’s navy and the nation’s maritime safety agency did not immediately respond to requests for comment Monday.
On Saturday, a cargo ship about 70 nautical miles (80 miles) from Lagos came under attack from two boats, the International Maritime Bureau said. The crew hid inside a safe room as pirates shot at the ship, though they left after about 25 minutes, the bureau said.
On Thursday, the bureau said pirates hijacked a tanker — likely one carrying crude oil from Nigeria — about 80 nautical miles (92 miles) from the capital Cotonou. The bureau had no further information about that attack.
The attacks are just the latest to target West Africa’s Gulf of Guinea, which follows the continent’s southward curve from Liberia to Gabon. Over the last year, piracy there has escalated from low-level armed robberies to hijackings and cargo thefts.
In August, London-based Lloyd’s Market Association — an umbrella group of insurers — listed Nigeria, neighboring Benin and nearby waters in the same risk category as Somalia, where two decades of war and anarchy have allowed piracy to flourish.
Pirates in West Africa have been more willing to use violence in their robberies, as they target the cargo, not the crew for kidnapping like off Somalia. Analysts say many of the pirates come from Nigeria, where corrupt law enforcement allows criminality to thrive.
Analysts believe the recent hijackings of tanker ships likely is the work of a single, sophisticated criminal gang with knowledge of the oil industry and oil tankers. Those involved in the hijackings may have gotten that experience in Nigeria’s southern Niger Delta, where thieves tapping pipelines running through swamps steal hundreds of thousands of barrels of oil a day.
Join Naija247news Alerts on Telegram

Be Careful With Kenyan Airways By Jideofor Adibe