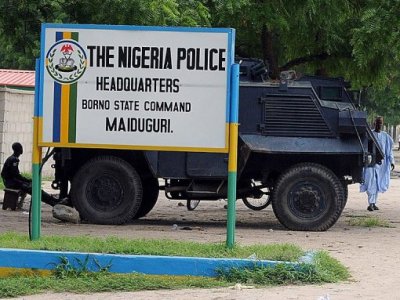 The military disputed the claim by the sect known as Boko Haram, though residents of the neighborhood in Maiduguri where the attack happened said they heard the fierce gun battle and explosions Sunday night where the sect said they attacked the soldiers. Meanwhile, the sect said it beheaded three people who provided information about the group to authorities, a new tactic used by group willing to use violence in its fight against Nigeria’s weak central government.
The attack Sunday night in Maiduguri, the spiritual home of Boko Haram, targeted a patrol of soldiers in the long-restive city.
“We are waxing stronger by the day despite the arrest of some of our top members,” said a spokesman who used the nom de guerre Abul Qaqa. Nigeria’s government previously has said it arrested a sect spokesman using that name.
Lt. Col. Hassan Ifeji Mohammed, a military spokesman, denied Boko Haram’s claim, saying only two soldiers were wounded and the army killed 12 sect members.
However, witnesses around the area said they saw the bodies of dead soldiers and Nigeria’s security forces often downplay casualty figures.
Meanwhile, the sect has begun beheading those giving information about the group to authorities, the spokesman said. He said those beheaded were among a group of people who identified sect members to authorities. Those apprehended were immediately killed by the military, the spokesman said.
The military did not comment on the claims of so-called “extrajudicial” killings, though security agencies often carry out retaliatory killings.