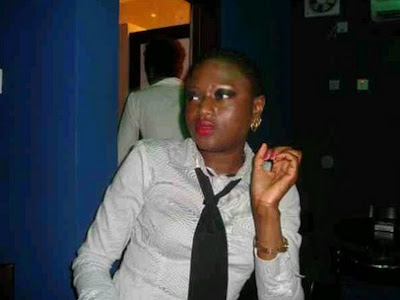 According to a report the blogger monitored on Rhythm FM this morning Susan Yusuf, popularly known as Susy Q, the lady who owns SQ lounge and who was also recently in the news about ending her Jonzing club partnership with D’Prince. She was stabbed to death at her flat at 1004 flats in Victoria Island on Friday night, February 10, 2012.
An eye witness on Rhythm FM this morning said Suzy Q was allegedly stabbed to death at her flat on the 6th Floor of D Block, 1004 flats.
Sources claimed the duo were embroiled in a heated argument when the unfortunate incident happened. This hot argument led to Susy Q being stabbed and the guy who stabbed her in his bid to escape or something jumped down from the balcony of the 6th floor and died instantly.
SAD Story…
Join Naija247news Alerts on Telegram