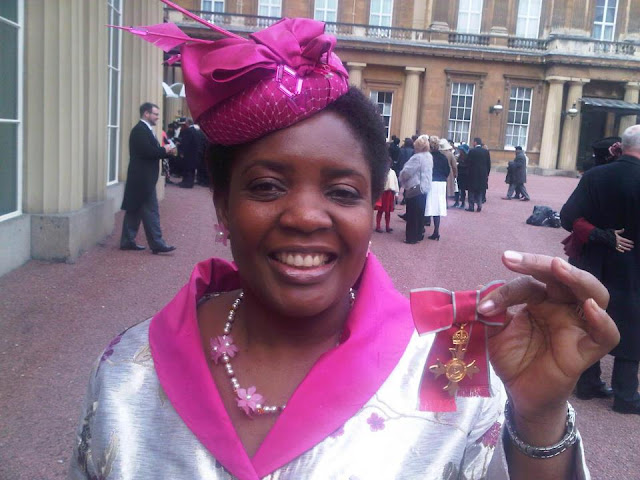 Debbie Ariyo is the Founder and Chief Executive Director of Africans Unite Against Child Abuse (AFRUCA). Nigerian born Modupe has worked tirelessly against the abuse of children across the world and particularly among the black community in the United Kingdom and in Africa. Congrats sis.
Another Nigerian and former NBA star, John Uzoma Amaechi also received his O.B.E this week. Congrats bro.

Story: Djabass
The blogger wishes to congratulate Modupe Debbie Ariyo for this award and for all her humanitarian efforts in making the world a better place. None of your efforts shall go unrewarded…